In their posting on the medium.com website, “Anonymous Greece” send a message to the Turkish government, Turkish citizens and Turkish hackers that “President Erdogan kills Kurds and his goal is to re-establish ISIS with his operation in Afrin. Erdogan is lying to you and you (the hackers) support him? You are terrorists”.

They also refer to the issue of the 8 Turkish officers saying that they “requested asylum in Greece and like any civilized country, gave it to them. Each country would do the same”.

For the Greek soldiers, they note that they “crossed the border by mistake and you keep them in jail for 63 days. They did nothing, just lost their orientation due to the fog. Think now who is more civilized”.

The “Anonymous Greece” announced that they hacked 12,987 rooters of Turk Telecom attack using Turkish IPs. “All of your servers and routers belong to us and we can use them for any attack that we will want to initiate”, they added.

The attack on the Turkish channel Top Channel 24 TV (www.yirmidort.tv) lasted for more than 12 hours and to prove their claims published two charts.

The Anonymous concluded their text by saying: “And you should know something else. Your elections are coming. And the attacks will become more intense”. 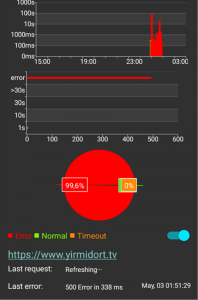 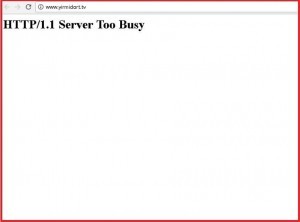