Half a century since the military coup

Fifty-three years have gone by since April 21, 1967. The date marks the anniversary of one of the darkest moments in modern Greek history. Over half a century years ago a group of Colonels seized political power by force, imposing a brute military junta on Greece for the following 7 years. Greece’s long period of political turmoil and upheaval, starting with the bloody civil war after WWII, culminated in the in junta toppling the government and suspending all democratic institutions in the country. 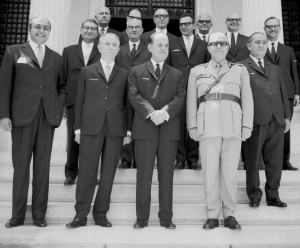 Its 7-year reign of terror with persecutions and prosecutions of political dissidents left a deep scar in the social and political psyche of Greece for decades to come. On the morning of April 21, 1967 the masterminds of the military coup mobilised all military units in Attica and seized control of key state buildings. Then a series of political arrests led to the main democratic statesmen either being incarcerated or fleeing the county into exile. The authoritarian regime sent thousands of communist into exile on islands across Greece, while perpetrating torture against those opposing its rule. Its grasp on power ended in 1974 sparked by a student uprising at the Athens Polytechic. 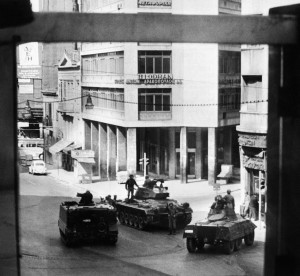 Half a century ago the lessons learnt are still pertinent today, with divisions within the political arena still present. Greece might not be at risk of seeing the tanks on the streets, but the challenges the country faces arguably demand even greater vigilance and awareness.