The Argentine submarine that was lost deep in the sea with 44 crew members on board may have suffered from a partial implosion close to the seabed, a senior official said Sunday as officials released photos of the wreckage.

The country’s navy announced Saturday that the ARA San Juan was discovered at a depth of 2,975 feet in the waters off the Valdes Peninsula and was surrounded by a field of rubble, with underwater turbulence making visibility difficult.

Naval Capt. Enrique Balbi said the working theory was that the vessel had partially imploded while at sea, deep down near the seabed, Sky News reported. 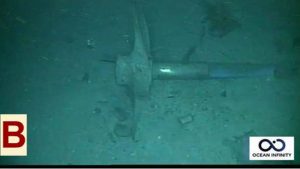 Photos released on Sunday showed the wreckage of the submarine in the Atlantic Ocean, with sections of the vessel lying on the ocean floor. Parts of its propellers were buried and debris was scattered up to 230 feet away. 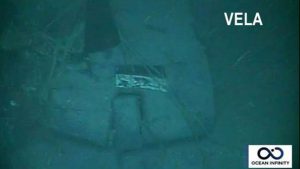 The pieces of the submarine, which included a propeller and the sub’s bow with torpedo launching tubes, had been “crushed inwards,” according to Balbi.

The sub’s discovery was announced just two days after families of the missing sailors held a one-year commemoration for its disappearance on Nov. 15, 2017. The San Juan was returning to its base in the coastal city of Mar del Plata when contact was lost.