At least 35 people are in critical condition

At least 15 have died with another 35 in critical condition after an airplane crashed just moments after it took off just after takeoff in Kazakhstan. Firefighters are currently working to uncover any survivors among the plane’s debris.

The passenger plane crashed just moments after take off from Almaty airport in Kazakhstan, with around 100 people onboard.

Bek Air flight 2100 disappeared from radar at 7.05am local time – it was travelling to the cpaital, Nursultan.

Pictures show the plane in a wreck, strewn across a piece of land near the capital, its nose end slumped against a dilapidated brick wall.

At least 60 injured people, including eight children, were taken to local hospitals.

At least 7 confirmed dead after plane carrying 100 people crashes into building in Almaty, Kazakhstan; the total number of casualties is not yet clear https://t.co/VrjZcVDYX7 pic.twitter.com/jG4MBaXVBZ via @BNONews 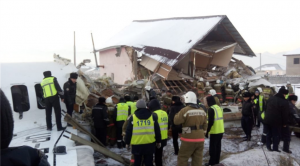 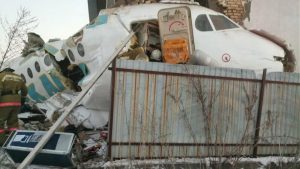