The severe weather is forecast to continue

The severe weather front “Athena” is in full swing, having already caused serious problems and great damage in northern Euboea and Larissa.

As a result of the heavy rain last night but also as a consequence of the catastrophic fire of the summer, the inhabitants of the villages in Northern Euboea were hit with floods today at dawn. Heavy rains in the areas of Agia Anna, Achladi, and Kotsikia, as well as in other villages of Northern Euboea, left significant damage in their wake as torrents flooded, causing extensive damage to the coastal front while roads were impassable resulting in the interruption of traffic.

Heavy rains and thunderstorms hit the beaches of Agia in Larissa, while the Region of Thessaly issued an emergency weather report for a new wave of bad weather in the coming hours, including tomorrow (Monday).

The region of Velika-Paliouria-Koutsoupia has been blocked as the roads are flooded with the police diverting traffic at specific points along the route.

Landslides have been reported on the road to Polydendri.

Hundreds of houses were flooded and authorities sent aid from the fire department to the area from Central Greece to help pump water. 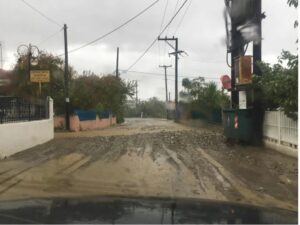 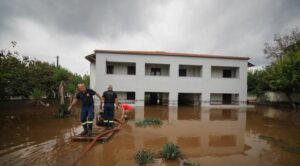 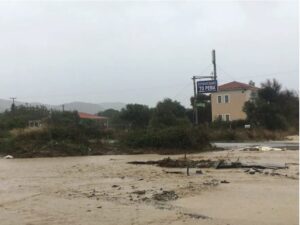 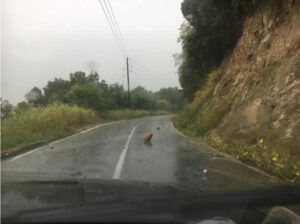 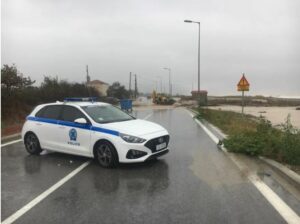