Over the past two weeks, President Trump has repeatedly commented on the need to “secure” and “keep” Syria’s oil, prompting Syrian President Bashar Assad to characterize him as “the best” US president in recent memory for at least being “transparent” about Washington’s sinister intentions.

Speaking to reporters late last week, US President Donald Trump told reporters that although he has been pulling troops out of Kurdish-held areas in northern Syria, the US has “stayed back and kept the oil” in northeastern Syria. “I like oil. We’re keeping the oil,” he emphasized. 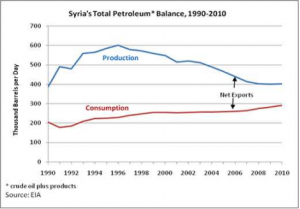 Just how much oil is Trump talking about?

On October 26, the Russian Defence Ministry held a briefing, revealing that Russian military intelligence had discovered that “leading American corporations,” working together with private military contractors and supported by US special forces and airpower, were generating over $30 million a month in revenues by smuggling out of Syria from the oil-rich province of Deir ez-Zor.