A blind man says he wants to read Playboy for the articles but can’t.

On Wednesday, Donald Nixon — who is legally blind — filed a lawsuit against the legendary company’s website, claiming that it was in violation of the American with Disabilities Act, TMZ reported.

Both Playboy.com and Playboyshop.com are allegedly not compatible with Nixon’s screen-reading software, which allows blind or visually impaired users to read the text with a speech synthesizer or braille display, according to the American Foundation for the Blind.

Based on court documents obtained by TMZ, Nixon argued that visually-impaired people could not “fully and equally use or enjoy the facilities, products, and services.”

He reportedly is suing Playboy for violating the American with Disabilities Act (ADA), in hopes to make their website more accessible for the blind, and for unspecified damages, TMZ said. 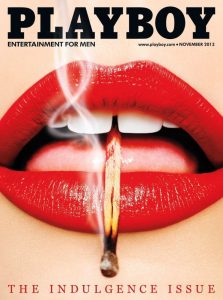 A representative for Playboy did not immediately respond to PEOPLE’s request for comment.