He will be buried in Crete tomorrow

The body of iconic Greek composer Mikis Theodorakis was heading to its final resting place on the island of Crete on Wednesday after lying in repose at the Athens Metropolitan Cathedral for three days.

Theodorakis, who died last Thursday at the age of 96 in his home in Athens, will be buried in his village, Galatas, in Hania, on Thursday.

Thousands of mourners in Athens laid flowers while singing some of his greatest songs over the three days that his casket was on public display in the chapel of Agios Eleftherios beside the Athens Metropolitan Cathedral, while hundreds defied the rainy weather to pay their final respects. The state and political leadership of the country was in attendance paying their respects to the great Greek. His family was also present, except for his daughter, Margarita.

Greek President Katerina Sakellaropoulou attended the ceremony and delivered a brief eulogy during a memorial service held in the main church, describing the late composer, whose music and life was defined by Greece’s recent history and its struggle for democracy, as a “teacher and a paradigm.”

Mikis’s body is headed to the port of Piraeus, to gate E7, while then, it will be led to E3 to enter the ship “Blue Galaxy” bound for Chania. The ship will depart from the port at 21:00 in the evening. About 15 people from the Municipality of Piraeus and the Philharmonic will be at the port. 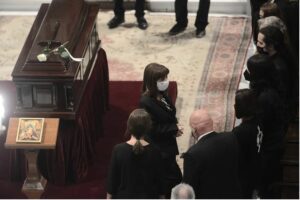 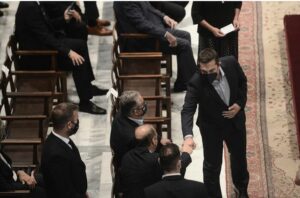 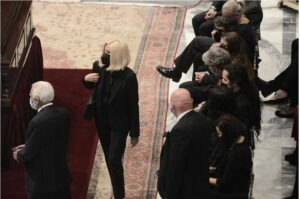 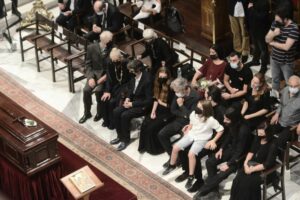 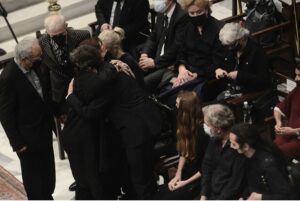 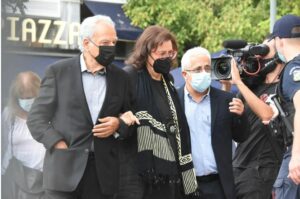 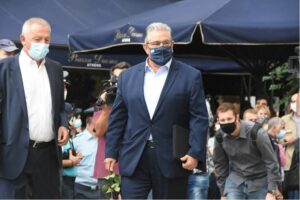 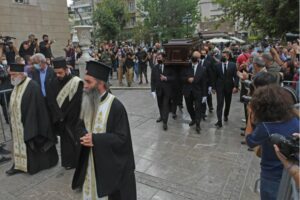 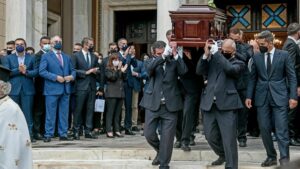 Tags With: lies in reposeMikis Theodorakismourningpeople
This week‘s new events