The bomb was inside an envelope

The former Greek Prime Minister Lucas Papademos has been injured after an envelope he opened, while in his armoured car, exploded.

He and his driver and one more person have been wounded.

Mr. Papademos’ injures are on the abdominal area and legs.

Right now he is in the intensive care of the Evagelismos hospital.

His life is reportedly not in danger but he has mild injures inside his lungs after inhaling the gases of the explosion.

The explosion took place at 18:40′ at the crossroads of September 3rd Avenue and Marnis street. 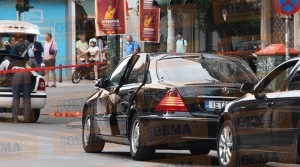 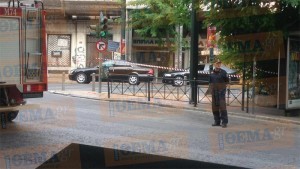 The Greek police is suspecting the “Conspiracy of Fire Nuclei”.

According to the terrorist organization’s tactics, the police is expecting more bombs, as they never send one bomb at the time. 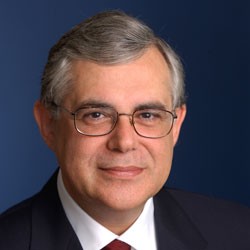 The bomb squad has cleared the area in order to thoroughly check the car.

The parcel-bomb explosion has made news all over the world with foreign TV channels interrupting their program to inform their viewers.

According to what Mr. Papademos said before he went to the hospital, the name of the sender of the parcel appeared to be the Academy of Athens, Greece’s national academy.

Mr. Papademas holds currently the position of the President of the Academy. 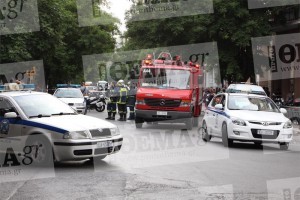 Lucas Papademas was among the targets that the terrorist Pola Roupa (wife of the also Matziotis) had in her list when she was arrested.

The “Conspiracy of Fire Nuclei” had attempted to send him a parcel-bomb against March, but the bomb was located in the Post Office on time.

More info as they come!