Sao Paulo’s civil police force have filed a complaint of slander against Najila Trindade, the woman accusing Neymar of rape.

Trindade gave an interview on Brazilian TV and her comments where she accused the Brazilian superstar of trying to sexually abuse her.

In an interview with SBT’s programme ‘Conexao Reporter’, she stood by her accusations against the footballer and also accused the police force of corruption.”The police are bought, aren’t they? Or am I crazy?” She commented.

The police have now responded.”The honour of the police as an institution and that of the experts involved has been tarnished,” said a report filed by the police.

The Union of Police Commissioners of the State of Sao Paulo and the Association of Police Chiefs commented that they are in solidarity with any victim of gender violence, but also said that they reject conjecture. 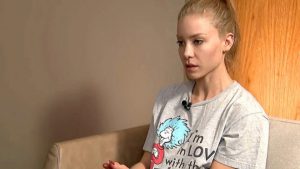