The Statue of Liberty was evacuated Monday after an apparent construction mishap sparked a fire at Liberty Island, where the monument is located, according to the National Parks Service.

Two or three propane tanks are on fire but the blaze is small, officials said. The New York Fire Department is at the scene. 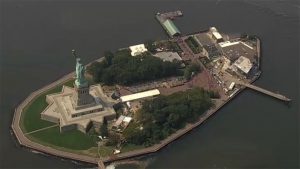 Visitors on Liberty Island are being taken to an isolated area.

Additional details on the fire were not immediately clear. 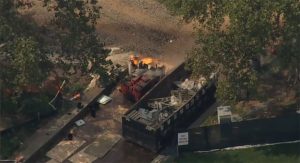