Police in the French city of Strasbourg have reported that gunshots were reported in the Christmas Market. One person has died and three people were injured.

Reports speak of one casualty and 6 injuries in the city’s Christmas market centre.

European Parliament member Martina Anderson reported on Twitter she was in the market and heard gunshots. Others posted photos on social media of police responding to the attack.

People in the are told to remain inside.

A video posted on the social media allegedly shows people injured in the shooting lying on the street. 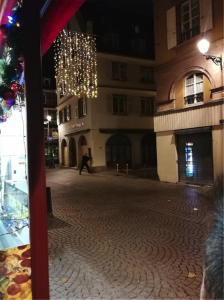