The 23-year-old man was working on a trawler

A British backpacker was the first ever victim of a deadly sea snake in Australia while working on a boat. His family said Harry Evans, 23, was the ‘happiest he had ever been’ working on a boat.
Harry Evans died on Thursday, just two hours after he was bitten while working on a fishing trawler off the Northern Territory, near the remote island of Groote Eylandt.
Mr Evans, from Poole, Dorset, is the first person known to have died from a sea snake bite in Australia and would have been saved if he had received anti-venom in time. 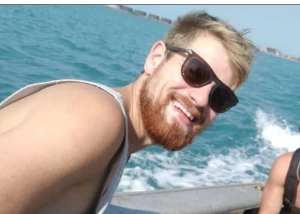 Mr Evans was bitten in the thumb as he pulled a net aboard the boat, in which the extremely venomous snake was caught, about midday on Thursday.
After being bitten Harry told crewmates he felt fine before having a shower.
But he then began drifting in and out of consciousness and died about an hour later despite frantic efforts to revive him by the crew. 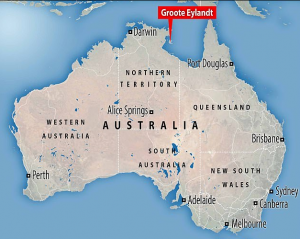 A rescue helicopter was dispatched from Darwin, about 700km (435miles) away, but the young man was dead before they even arrived, CareFlight’s David Wheeldon said.
Mr Evans was officially declared dead when the trawler reached the coastal town of Borroloola, police said.