Britain’s ability to defend itself against a major attack has been called into question after an investigation found serious shortcomings in the country’s military capabilities.

The Navy’s Type 45 destroyers are so loud they can be heard 100 miles away by Russian submarines, it has emerged.

Rear Admiral Chris Parry said the six warships, which cost £1 billion each, sounded like “a box of spanners” underwater.The Ministry of Defence also spent £3.5 billion on each of the Army’s Ajax tanks, but they are unable to fit on board transport aircraft without needing to be dismantled.

A further £1.2 billion was spent on 54 Watchkeeper reconnaissance drones which haven’t entered front line service for 12 years, according to an investigation by the Sunday Times.

General Sir Richard Barrons, a former commander of Joint Forces Command, called on the Government to “re-bench” the Armed Forces. 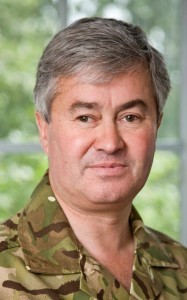 He warned that years of defence cuts had left the British military with an “existential minimum” amount of equipment and supplies.

Speaking to the Sunday Times, he said: “You are dealing with a legacy of iterative hollowing out, which has reached a point where the frog has boiled.

“We used to put little wooden wedges between the hatchclips and the hatches in my destroyer to stop them rattling so we could keep the noise down.

“We have forgotten all about it — it’s crazy. Noise suppression has been probably the biggest dirty secret since the end of the Cold War that people have been cheerfully ignoring.”

An MOD spokesman said: “Britain’s defence budget is the biggest in Europe and it is growing every year. We are investing £178 billion as the UK steps up globally.

“We are focused on maintaining an affordable program and getting the best value for the taxpayer to deliver the cutting-edge kit our Armed Forces need to keep Britain safe.”