Standing on the Piccadilly line of the London Underground, Brompton Road is neatly located between Knightsbridge and South Kensington stations. The tube station began its operation some 111 years ago on 15 December 1906. It was opened by the Great Northern, Piccadilly and Brompton Railway (GNP&BR).

It was designed by Leslie Green, an English architect known for his design of epochal stations constructed on the London Underground railway system in Central London. 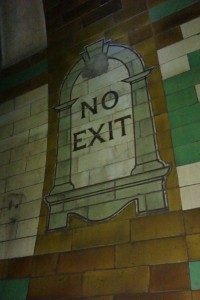 Sited at what was believed would be a busy location as a service for both the Brompton Oratory and the Victoria and Albert Museum, the Brompton Road tube station turned out to have very little passenger use. 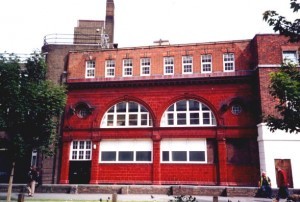 And by the time the year 1909 was firmly embedded in everyone’s calendar the station was regularly left out of timetables, some services even passed through without stopping. The station was closed during the general strike of 1926. It reopened and resumed its services on the 4th of October, but with much smaller frequency. 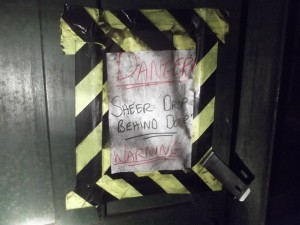 Services were offered only three times a week. Sunday services were resumed on 2 January 1927, but the location of the tube station showed no signs of a recovery what so ever. It became used less and less, so much so that two of its lifts were removed and put to use elsewhere. Even the ticket office was closed. 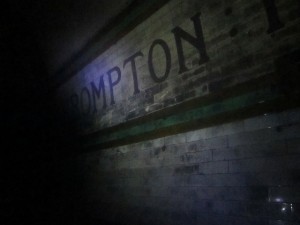 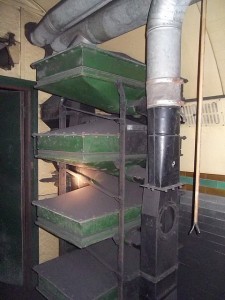 When the Second World War was just around the corner, the lift shafts together with the street-level building and the lower western passages were aquired by the Ministry of Defence for a price of $32,000 and turned to use as the command center of the 26th (London) Anti-Aircraft Brigade of the 1st Anti-Aircraft Division. 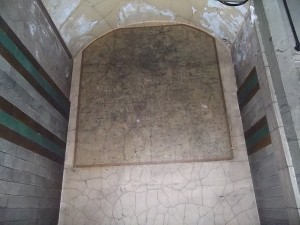 (A ghostly map used during the Second World War) 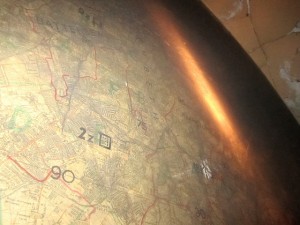 When the war began it was where the Royal Artillery’s anti-aircraft operations room was located. The armed forces ceased to use Brompton road for operations a few years after the war ended. It was used for a short time as the headquarters for local army cadet groups, but the tunnels were then left empty and neglected for close to sixty years. 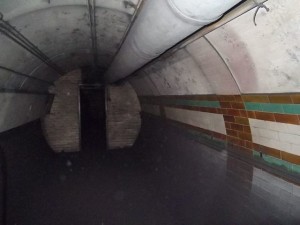 In 2011 there was a proposal that the parts of the tube that were used during WWII should be opened for the general public. The ghost tunnels were put up for sale by the Ministry of Defence in 2013, and bought in 2014 for $68 million by Dmytro Firtash a billionaire businessman from Ukraine, with intentions of turning this 2,600 square meters abandoned area into luxury apartments.