US Coast Guard rescuers recovered dozens of people from the water

UPDATE: Emergency crews received a call at about 3.30am local time on Monday.

The rescue efforts are still underway as of 6.30am PST. 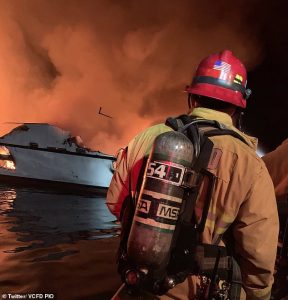 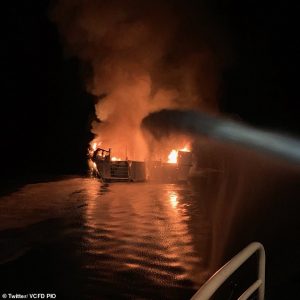 Around 34 people are feared to have died after a 75ft boat burst into flames off the coast of California.

The US Coast Guard rescued an excess of 30 people from the water.

The vessel caught fire off Santa Cruz Island in the middle of the night.

This is a developing story.