The 2016 Cannes Film Festival has come to a close. When the awards ceremony began, the Cannes jury said they held the longest deliberation process in the 69 years of the festival’s history. Director Ken Loach won his second Palme d’Or for his well-received film I, Daniel Blake, which follows an ailing Englishman who fights against the bureaucracy of the healthcare system to stay on welfare. 79-year-old Loach previously won the festival’s highest prize in 2006 for The Wind That Shakes the Barley. Only eight other directors have won the Palme d’Or twice, including Francis Ford Coppola and Michael Haneke.

Other important wins include Xavier Dolan’s It’s Only the End of the World, which won the Grand Prix. This is the second Cannes prize for Dolan, who won the Jury Prize two years ago for Mommy. Director Andrea Arnold also won the Jury Prize for American Honey, which starred Shia LaBeouf. This is her third jury prize (after Red Road and Fish Tank), and now Arnold holds the record for most Jury Prizes. 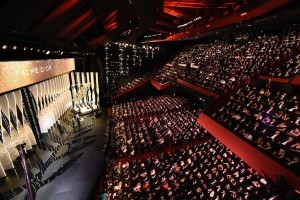 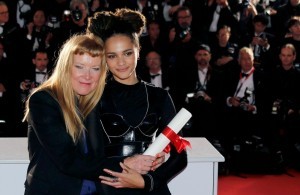 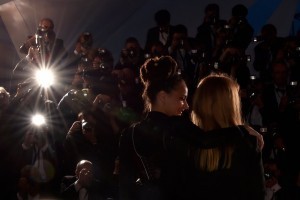 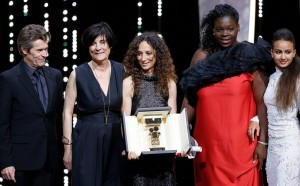 Houda Benyamina stands with her trophy 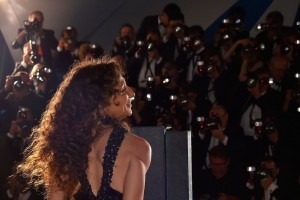 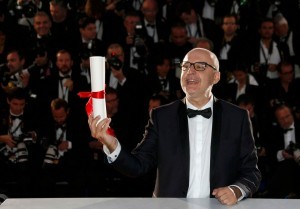 Ken Loach poses for photographers with the Palme d’Or for I, Daniel Blake 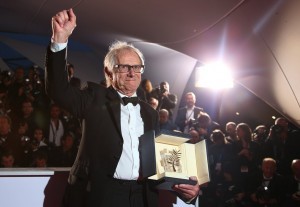 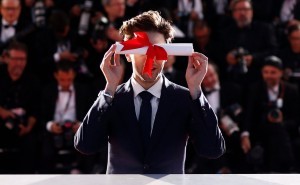