Mr. Sponer mentions that if SYRIZA gets absolute majority in the election, there will be a Cypriot scenario

Mr. Joerg Sponer, Senior executive of Capital Group, one of the world’s largest investment management organizations with assets of around one trillion USD under management, was almost shocked by main opposition SYRIZA’s economic program that was recently presented in London by MP Yiorgos Stathakis and Yiannis Milios, leading economic advisor for SYRIZA.

In a summary report Mr. Sponer e-mailed to Greek banks and investors following the briefing, he mentions that the funds representatives who attended both meetings now want to sell everything in Greece, as the main opposition’s program is “worse than communism.”

He also mentions that if SYRIZA gets absolute majority in the election, there will be a Cypriot scenario, which will mean massive run of deposits, corporate clients moving everything they can abroad and a complete stop of investments. 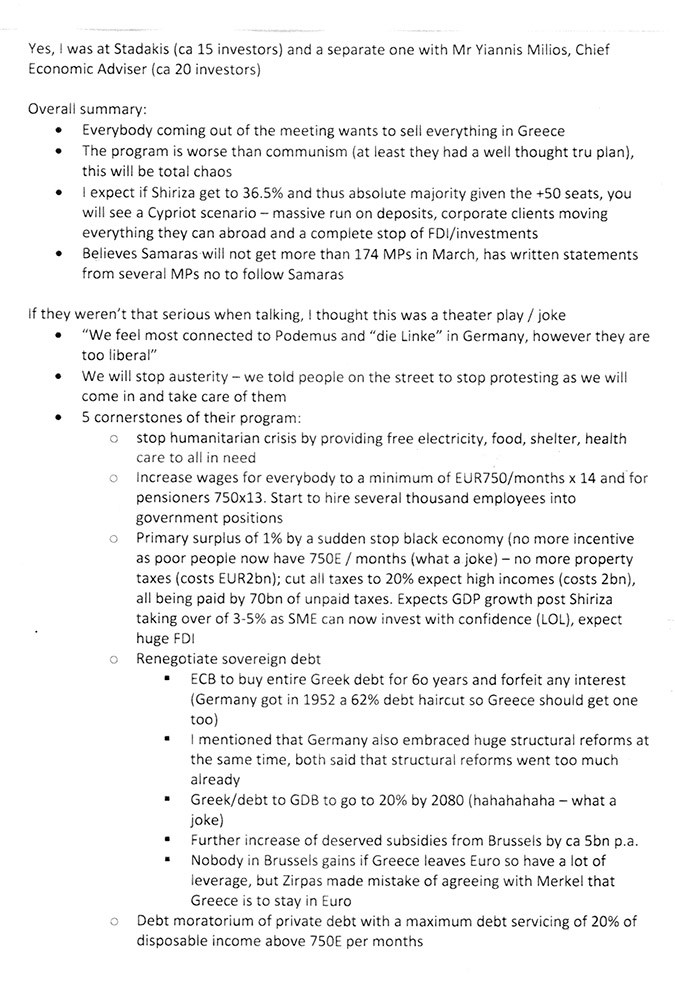 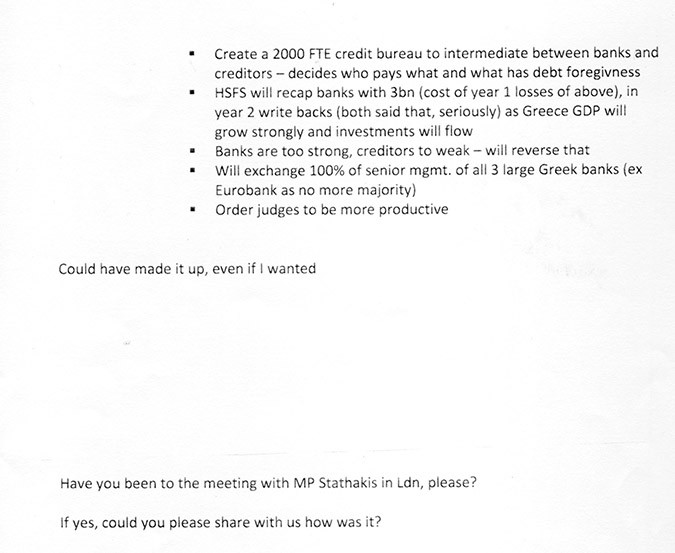