More than three decades after the worst nuclear accident in history, workers are still scrambling to prevent the spread of radiation.

On April 26, 1986, the core of a reactor opened at the Chernobyl Nuclear Power Plant, sending plumes of radioactive material into the air. The toxic fumes not only contaminated the local vegetation and water supply, but also poisoned nearby residents, some of whom went on to develop cancer. 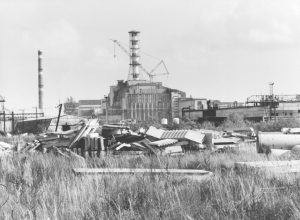 The damage might have been worse had Soviet workers not built a massive covering around the reactor to contain the debris. Although the “sarcophagus” was fashioned from steel and concrete, the hastiness of the construction allowed water to seep in, and the structure began corroding. 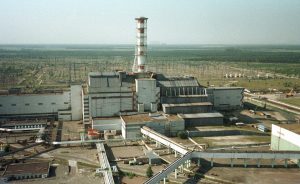 Now, workers have to dismantle the shell before it comes tumbling down (and releases even more radioactive material). Take a look at the sarcophagus’ rise and fall after the Chernobyl disaster. 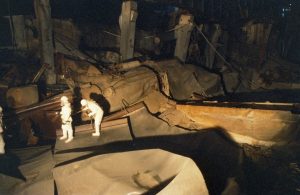