China is currently dominating all steps of the photovoltaic solar panel production process, a report released by Bloomberg NEF shows. China’s investment in renewable energy industries has been massive and global market shares tell the tale. For any country looking to up its solar capacity, there is simply no way around the Chinese. This is the dilemma faced by U.S. President Joe Biden, who has announced he will be tough on China, while at the same time trying to steer U.S. energy politics into a sustainable future. The remarks of Chinese president Xi Jinping at the U.S.-led climate summit tomorrow are therefore hotly awaited.

The data also shows that Chinese production capacity at all steps of the solar panel production process is growing at a much faster rate than in other countries and has been doing so for the best part of the last two decades. Bloomberg estimates that because of the strong Chinese market penetration, around 60 percent of the value of a U.S.-assembled solar panel is generated in China. That number is 70 percent for modules assembled in Southeast Asia, which is the type the U.S. most typically imports. 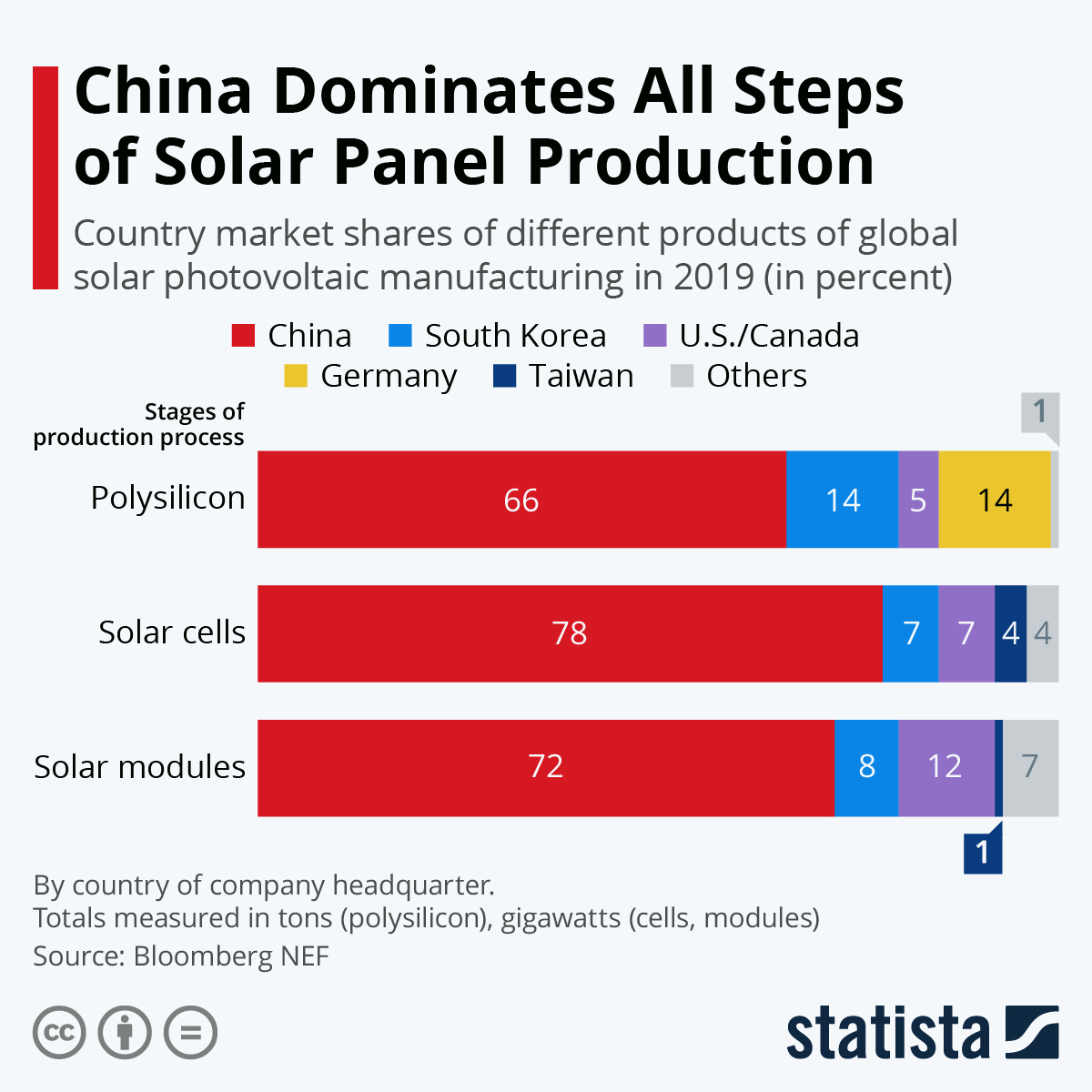