The Chinese government is destroying crosses, burning bibles, closing churches and forcing Christian believers to sign papers renouncing their faith as the crackdown on religious congregations in Beijing and several provinces intensifies.

The suppression of religious freedoms is part of an official campaign to “Sinicize” religion by demanding loyalty to the atheist Communist party and removing any potential challenge to the party’s power in the country.

“The international community should be alarmed and outraged for this blatant violation of freedom of religion and belief,” Bob Fu of China Aid, said. 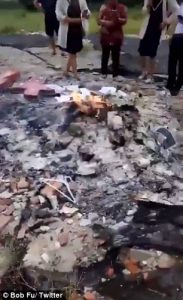 “The situation for Chinese #Christians becomes more dire by the day. We are working tirelessly to put maximum pressure on China stop the persecution,” Jay Sekulow, President Trump attorney and Chief Counsel at the American Center for Law & Justice (ACLJ), wrote in a tweet.

The persecution of Christians in China is nothing new. A report by the watchdog group Freedom House found that Christians and other religious groups in China have been persecuted since 2012, Fox News reported. 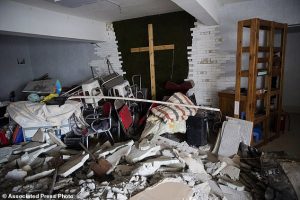 A third of all religious believers in China who belong to a faith group were also found to face “high” to “very high” levels of persecution, which ranges from bureaucratic harassment and economic exploitation to harsh prison terms and even violence, the report said.