Vice Admiral Lisa M. Franchetti is on an official visit in Greece

The Commander of US 6th Fleet, Vice Admiral Lisa M. Franchetti, met today the with the Chief of the Hellenic National Defence of General Staff, Air Chief Marshal Christos Christodoulou. 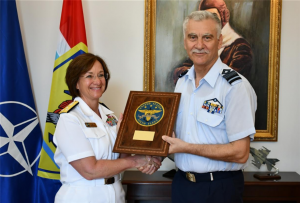 The issues covered during their meeting concerned matters of mutual interest and cooperation between the two countries, as well as issues related to the security in the wider Balkan region, and the Southeastern Mediterranean. 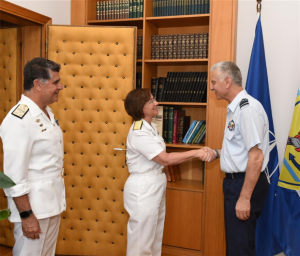 The Commander of the US 6th Fleet is on an official visit to Greece from 19 to 21 June 2019, in the framework of bilateral contacts. 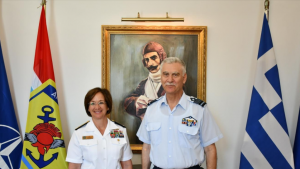