Each island caters to different tastes

Conde Nast Traveller, the global travel magazine read by millions of users from all over the world, presented its list of the best Greek islands in an online article. 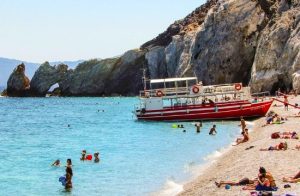 Skiathos may be the smallest of the Sporades islands, which counts among its number sleepy Alonnisos and the pretty Mamma Mia! location of Skopelos, but it’s by far the most popular, especially with families, who come for the baby powder-soft sandy beaches and laid-back vibe. The island has some of the finest beaches in Greece, with the tree-lined, turquoise-watered Koukounaries in the south the most celebrated and the busiest (forget about getting a sun lounger here in peak season). 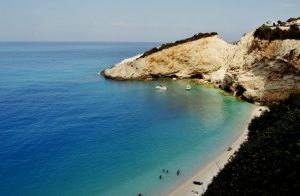 Lefkada is something of an anomaly. Unlike the other Ionian islands, it’s accessible from the mainland via a causeway on the northern tip. It’s also easily reached from the UK, with direct flights to Preveza, a 40-minute drive. Lefkada’s main town, flattened by an earthquake in the 1950s, won’t take your breath away, but those famous cliff-backed beaches, Egremni and Porto Katsiki, sure will. 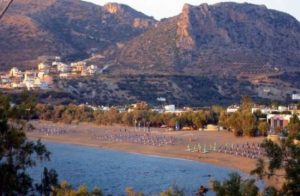 One of the tiniest Ionian islands, Paxos packs a big punch. Not for its five-star hotels (there are hardly any) or its sandy beaches (practically none), but for its electric blue sea and three dinky harbour towns, each one so pretty it’s impossible to pick a favourite. In laid-back Loggos, on the northeast coast, star-spangled evenings are spent on the waterfront terrace of Taxidi bar, where the owner, Spiros, often jams with local musicians. You could while away days in the waterfront cafés of Lakka, watching lissom sailors hop on and off their yachts. 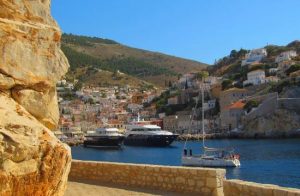 Car-free and protected by a preservation order, Hydra has always been the artists’ muse of the Greek Islands. Leonard Cohen set the scene in the 60s; now Brice Marden, Sadie Coles and Juergen Teller have homes here. Athenian artists take up residence at the School of Fine Arts, one of the vast, grey, stone mansions overlooking the horseshoe harbour. 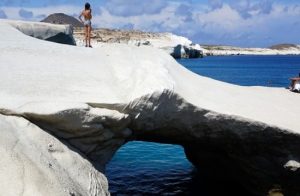 Until recently, very few had heard of Milos, the volcanic island where Aphrodite’s graceful likeness was discovered. Those in the know jealously guard their treasured island, and especially its 70 (or more) beaches — surely the most diverse and dramatic coastline of all the Greek Islands. 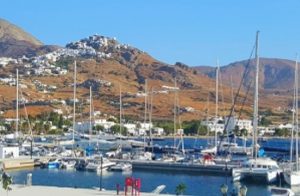 The sleeper hit of the Cyclades, Serifos is the summer retreat of interior designers and architects who prefer to keep the sandy beaches to themselves. Even in August, you’ll find coves where you can skinny dip in blissful solitude. That’s because the best beaches (Kalo Ambeli, Vagia, Skala) are only accessible via bone-rattling dirt roads or donkey tracks. Better still, rent a motor boat from the laidback harbour, Livada. Make sure to moor outside Anna’s taverna on Sikamia beach for freshly caught fish and garden-grown salads. 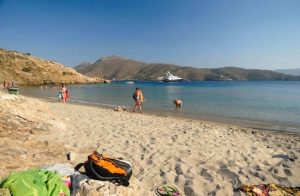 It’s not easy to get to Amorgos. In high winds, the fast ferries stay grounded and the slow boat takes upwards of eight hours from Athens. When you disembark at Katapola, a sleepy harbour lined with great little fish tavernas (our favourites are Prekas and To Mouragio), a sign announces: ‘Welcome to Amorgos. Nobody will find you here.’

9. Santorini Best island for wedding trips and those who have never traveled there again

14. Syros Best island for its culture but also for off-season travel

18. Symi Best island for its remote coves and picturesque harbor

22. Astypalea Escape from the crowds