Beat Eddie Alvarez in second round

In a historic bout at New York’s Maddison Square Garden, Irish UFC featherweight champion Conor McGregor became the first fighter in history to hold two UFC belts after knocking out Eddie Alvarez in the second round of their fight, Sunday and claiming the lightweight title. McGregor dominated from the start and had Alvarez on the floor of the Octagon three times in the opening round, with the American just escaping free on both occasions.
The Irishman, with a five-inch reach advantage over his opponent, began showboating in the second, holding his hands behind his back as Alvarez, 32, looked to respond. It was one-way traffic and the bout was stopped when three consecutive punches knocked Alvarez to the floor and with McGregor ready to pounce, referee John McCarthy dived in. 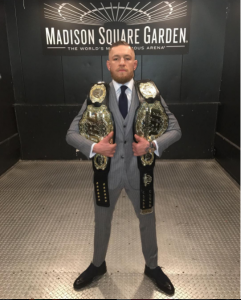 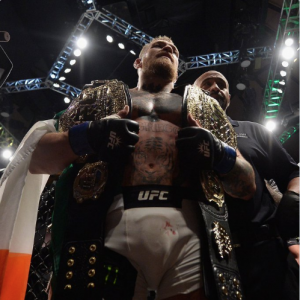