The remains of more than 2,000 fetuses have been found at the home of an abortion doctor who died just 10 days ago.

The 2,246 fetal remains were discovered in the home of Dr. Ulrich Klopfer in Will County, Illinois.

Klopfer died on September 3 and it was while family members were going through his home that they found the medically preserved fetuses. 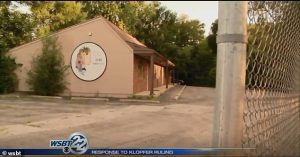 An attorney for the family was said to have contacted the coroner’s office on Thursday about the discovery.

It was estimated that he had performed tens of thousands of abortion procedures in multiple Indiana counties for decades, making him ‘likely’ to be the state’s ‘most prolific abortion doctor in history,’ according to the South Bend Tribune.