Media personnel allowed to move as in the previous lockdown

Deputy Minister of Civil Protection Nikos Hardalias presented the plan for workers and those eligible to freely move by exception once the curfew hours, from 00:30 to 05:00 in the morning in the “orange” and “red” areas take effect.

For the employees in the media industry, the movement will be allowed in a similar way as in the lockdown period, ie with the presentation of a journalistic identity and an employer certificate that must be renewed every 14 days.

For employees in the private sector, they will hold an authorisation pass issued by their employer, which is completed at ERGANI. The authenticity of the document is proved by its protocol number.

For other persons who need to move for business purposes, such as freelancers, craftsmen, self-employed, they fill in the relevant document with ERGANI with their codes of TAXISNET.

Civil servants who need to move in exceptional circumstances will be allowed to so by carrying an identity card or passport and a certificate of movement from a relevant application at apografi.gov.gr or by the competent supervisor.

Regarding the use of a mask, which is mandatory everywhere in Code 3 and 4 areas, group or individual exercise are excluded only during the time they are doing their exercise.

Also, car drivers alone in a vehicle are not obliged to wear a mask.

These are the Covid-19 alert colour code areas: 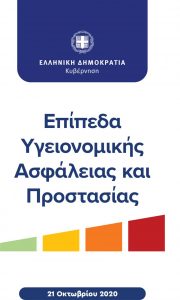 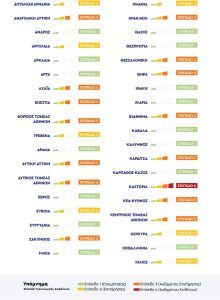 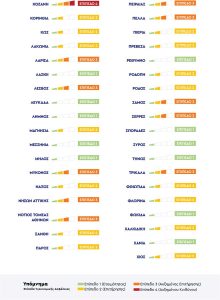 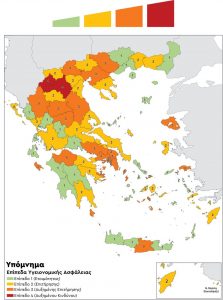