The country is already battered by the storm “Xenophon”

While the storm front called “Xenophon” is sweeping across Greece with strong winds and low temperatures, a relatively unusual weather phenomenon is expected to hit parts of Greece on Friday. The Mediterranean cyclone named “Zorbas” is likely to form in the southern Ionian Sea reports the weather meteorological service of the National Observatory of Athens and the site “Severe Weather Europe”. 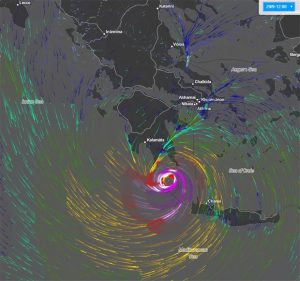 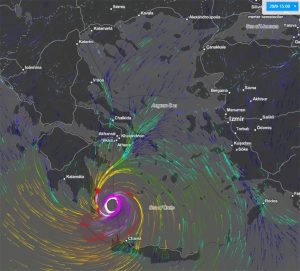 As shown in the graphs, the cyclone’s path is expected to follow an eastern course, with heavy rainfalls and strong winds affecting much of the Peloponnese and Crete on Saturday morning 29/09, then moving to Attica, Euboea and Cyclades. By the morning of Sunday 30/09 the islands of the Eastern Aegean and possibly the Dodecanese will also be affected. 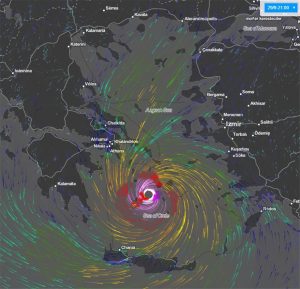 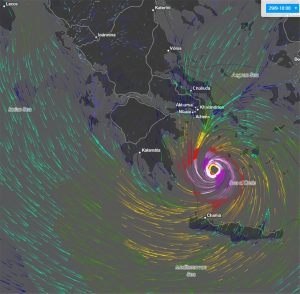 Meanwhile, the “Xenophon” storm has resulted in power failures in areas of Attica after several electricity poles collapsed from the strong winds, while another four villages in Kythira have no electricity due to the extreme weather. In addition, ships are still not permitted to depart from the ports of Lavrio and Rafina, while the port of Piraeus has permitted their sail after wind speeds diminished.