Fans of death metal music may enjoy listening to songs about cannibalism, torture and child murder, but doing so doesn’t make them adopt the same attitude to violent imagery.

That’s the findings of a study which looked at how metal music fans react to pictures of violence compared to a control group. 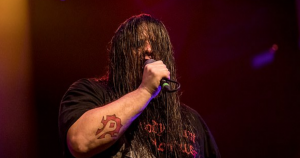 The type of music the participants listened to while looking the photos did impact on emotional responses, but only for non-heavy metal fans, however.

The study suggests that a death metal song can trigger a stronger “disdain” for violence than a “happy” song.

For death metal fans, however, their responses did not change depending on the type of music they were given.