Naval of the gods 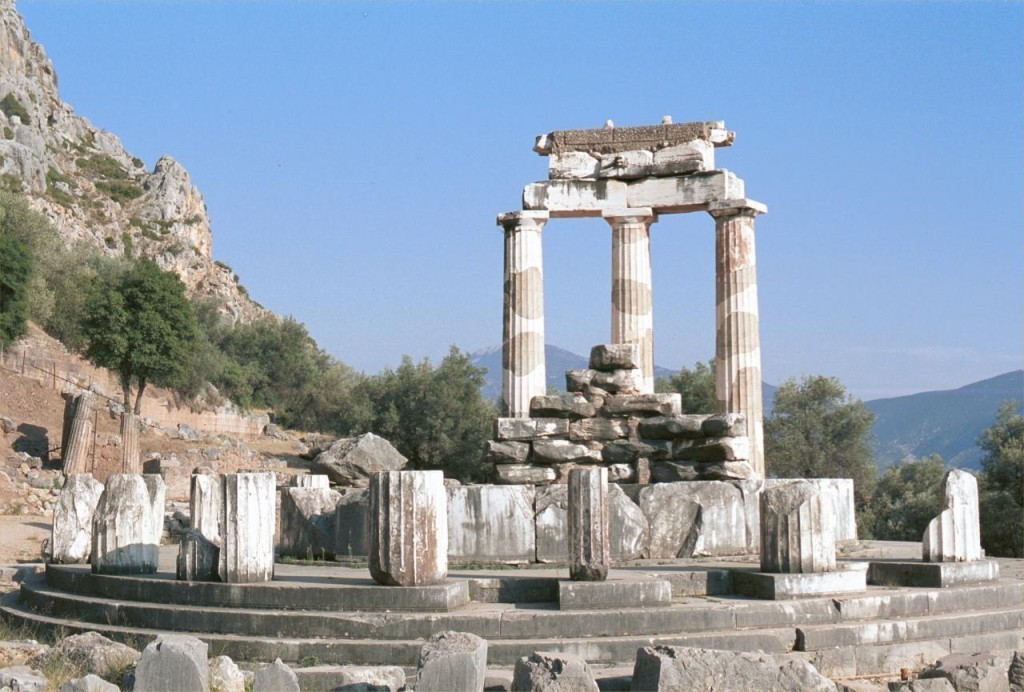 The pan-Hellenic sanctuary of Delphi, where the priestess serving as oracle of Apollo provided prophedies and answered ancient Greeks’ questions, for a small donation. Delphi is known as the omphalos – Greek for ‘navel of the world’. The archaeological monuments blend harmoniously with the superb mountainous landscape. Delphi in the 6th century B.C. was a religious center and a symbol of unity of the ancient Hellenic world.

Acropolis, including the Parthenon, Athens

The Medieval City of Rhodes

Paleochristian and Byzantine Monuments of Thessaloniki

The Archaeological site of Delos

The Monasteries of Daphni, Hosios Loukas and Nea Moni of Chios

Archaeological site of Heraion of Samos

Archaeological sites of Mycenae and Tiryns

Historic center (Chora), Monastery of Saint John Theologos and the cave of the Apocalypse in Patmos (1999)