The deputy Education Minister Kostas Zouraris resigned on Synday afternoon with a letter he sent to the Greek Prime Minister Alexis Tsipras.

Mr. Zouraris had made some really obscene and insulting comments about the fans of Olympiakos and Aris on radio last week.

A number of Syriza MPs had reacted to his comments by demanding his resignation and threatening to veto the bill that is about to be descussed in the Parliament this week in accordance to the Institutions’ demands.

ANEL’s MP Dimitris Kammenos was the first that asked his resignation. 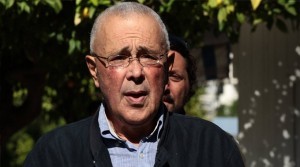