He is an American national who had joined ISIS

A diplomatic thriller is underway at the border check-point with Turkey in Evros river.

Turkish media report that a jihadist has been trapped in the no-man’s land at the Greek-Turkish borders.

He is a man arrested in the operations by the Turkish army in Syria.

According to the same sources, he is an American national who had joined ISIS.

This development follows Ankara’s decision to extradite jihadists to their countries of origin.

Turkey transported the man to the Greek-Turkish border crossing, but the Greek authorities in Kastania check-point refused to accept him. 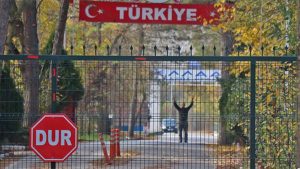