Veria was the second most significant town, after Aigai, during the blooming ancient Macedonian years. The city is built on the foothills of Mt. Vermion and crossed by the River Tripotamo. From the 11th to the 14th century it was the third most important city of the Byzantine Empire, after Constantinople (Istanbul) and Thessaloniki. The impressively large number of Byzantine and post-Byzantine churches gave the city the nickname “Little Jerusalem”. Today, 48 Byzantine and post-Byzantine churches are preserved in the city center.
Follow our footsteps and discover this magnificent historic, yet modern city. 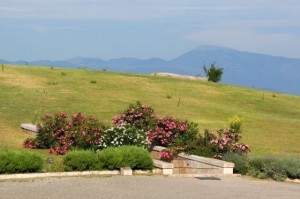 Aigai, today’s Vergina, was the first capital of the ancient Macedonian Kingdom. The excavations in 1977, by Professor Manolis Andronikos, revealed the 20th century greatest discovery on Greek land. The treasures found were of great archaeological and historical significance and the territory of the ancient Macedonian Kings was proclaimed as a World Heritage Site in 1996 by UNESCO. 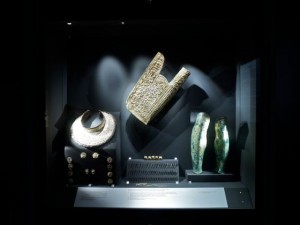 At the Royal Tombs Museum, you can admire portable findings and wall paintings in an impressive underground construction. Philip II’s tomb and the magnificent golden urn are the items that stand out.

Traditional Quarters
In the midst of the 19th century, the town of Veria had 16 small neighbourhoods (quarters=”machalades”). Throughout the period of the Ottoman rule, the shops were concentrated in the Byzantine market, the bazaar. The most famous neighbourhoods which have survived are the Jewish and Christian Quarters.

– Traditional Quarter of Kyriotissa
Kyriotissa is a picturesque quarter with a maze of narrow alleys, tall buildings, mansions and gardens. Kyriotissa follows the Barbouta architectural style. The buildings have floors with heavy overhangs, successive windows and skylights, cob walls and heavy doors. Today, numerous houses have been restored and converted into venues.

– Traditional Quarter of Panagia Dexia
This well-preserved neighbourhood is developed alongside the Tripotamos River by the commercial market of Veria City. Make sure to pay a visit to the church of Panagia Dexia, built in the 19th century, in place of a former church of the 14th century. Take a look at the easternmost surviving sector of the former church where you can gaze upon the sanctuary’s niche and wall paintings. 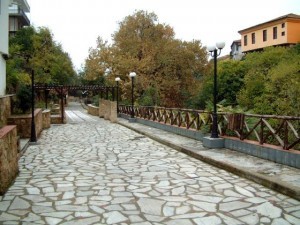 – Traditional Jewish Quarter of Barbouta
Make a stop by the Jewish Quarter next to the Tripotamos River with its cobblestone streets and imposing mansions. The quarter is located next to Barbouta area, whose name comes from an old fountain. The Jewish Synagogue, with its rich interior decoration, was built in 1850; it’s the oldest in northern Greece and one of the oldest in Europe. Today the synagogue is used as a worship place for Jews who travel to Veria, as well as a monument of their spiritual, artistic and architectural tradition.

Museums
The Archaeological Museum houses findings from Veria’s archaeological sites dating back to the Late Stone Age up to the Hellenistic Period. The findings originating from the excavations of Nea Nikomedia, which were identified as the oldest settlement in Europe (Neolithic Age) are of special interest.

The Byzantine Museum is housed in a majestic industrial building dating back to 1911. Each floor has a separate exhibition theme of the permanent collections of the museum. Get acquainted with the most representative samples of the city’s glorious past (wall paintings from churches and mansions, mosaics, sculptures etc), as well as how Veria was considered the regional Metropolis of the Byzantine Empire in the heart of Macedonia.

Other remarkable museums are the Polycentric Museum of Aigai, the Vlachogianneio Museum (also known as Macedonian Struggle Museum), the Folklore Museum of Vlachs and the Museum of Education “Christos Tsolakis”. Make sure to go to the Public Library, which has won several international awards. 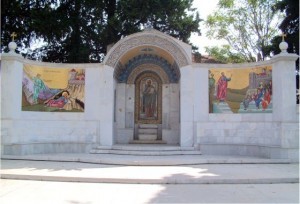 Also worth a visit are:
– The Tribune of St. Paul, who visited Veria twice (50-51AD and 57AD). It is located near the Raktivan public square and is decorated with mosaic art.
– The Old Court of Justice and the impressive Tower of princess Vergina, the second saved section of ruins of the tower, located near Orologiou square.
– The Ancient Roman Road – Via Egnatia, which demonstrates Veria’s past administrative, spiritual and financial power.
– The Ottoman period monuments such as the Twin Baths, the Karachmet Bridge, the Medresse Mosque, Chounkiar Mosque and the Orta Mosque.
– The Old Cathedral, built between 1070-1080; one of the greatest temples of the middle Byzantine period, which houses wall paintings that date back to the 12th, 13th and 14th century.