The term “Femi-Nazi” became all too accurate when a trio of academic tricksters participating in an elaborate hoax submitted portions of Adolf Hitler’s “Mein Kampf” rewritten through a feminist lens to a leading peer-reviewed feminist journal. The satirical paper was accepted this past academic year for publication by Affilia: Journal of Women and Social Work.

The sting operation against academic journals became public this week.

In a truncated year-long project aimed at highlighting the alleged influence of extremist dogma and confirmation bias in academia, the trio wrote 20 farcical “scholarly” papers — three of which were based on rewrites of “Mein Kampf” — for leading cultural studies journals. All 20 of the papers were based on “something absurd or deeply unethical, or both,” the authors have said; seven were accepted for publication.

One of the papers, “Our Struggle is My Struggle: Solidarity Feminism as an Intersectional Reply to Neoliberal and Choice,” was written under the alias Maria Gonzalez, PhD, who claimed to be based out of the fictitious Feminist Activist Collective for Truth (FACT).

According to the real-life authors, “The last two-thirds of this paper is based upon a rewriting of roughly 3,600 words of Chapter 12 of Volume 1 of ‘Mein Kampf,’ by Adolf Hitler, though it diverges significantly from the original. This chapter is the one in which Hitler lays out in a multi-point plan which we partially reproduced why the Nazi party is needed and what it requires of its members.”

Hailing from differing countries and fields, the trio of academics is made up of self-proclaimed liberals who claim to want to fix a broken system, not ban the fields of study themselves: Helen Pluckrose, a UK-based English literature and history scholar; James Lindsay, a math PhD; and Peter Boghossian, a professor of philosophy at Portland State University. The project was documented by Australian filmmaker Mike Nayna, who released a viral YouTube video with an authors statement on the project this week.

The scholars targeted high-ranking humanities journals in the niche subjects they label as “grievance studies.” These relatively new fields, which have become popular in the past 50 years with the rise of the civil and women’s rights movements, examine the lives of the historically and traditionally oppressed: women, racial, religious and cultural minorities, and the LGBT community. 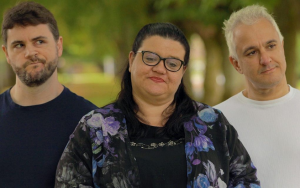 With a steep learning curve, the team quickly took six of their initial attempted hoax papers out of circulation, believing they could do better. After adapting their submissions based on peer reviewers’ comments, within a few months, an unheard of seven absurd papers were accepted. Leading the pack was “research” on rape culture at urban dog parks, which was recognized by leading peer-reviewed feminist geography journal Gender, Place, and Culture as “exemplary scholarship.”

It was skeptical media attention after the publication of the dog parks paper which brought the project, initially scheduled for 18 months, to an abrupt end this summer. All papers are available online, as well as the name-redacted comments of the peer reviewers.

According to the trio of scholars, it is likely that another six fictitious papers would have been accepted for publication as their experiment in “reflexive ethnography” within the world of grievance studies progressed.

Is there any idea so outlandish that it won’t be published in a Critical/PoMo/Identity/”Theory” journal? Helen Plucrose et al. submitted a dozen hoax papers to find out. https://t.co/TTDLuIQN9p via @areomagazine

The trio contends that the fields have been infiltrated by radical and intolerant theories. And what better way to prove their point, they figured, than turning to one of the most extreme manifestos in recent history — “Mein Kampf.”