The legendary Tower of the Monastery in Strofadia collapsed!

Zakynthos sustained a sequence of very powerful earthquakes around 53 kilometers southwest of the island. The main earthquake was 6.4 of the Richter scale and took place at 1.54 at dawn. The earthquake shook the whole of Western Greece, and it was felt even in Athens. 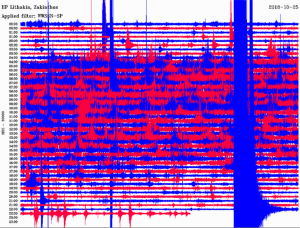 The most serious damage, though, is the collapse of the Tower of the Monastery in Strofadia, as well as a crack at the port of Zakynthos. 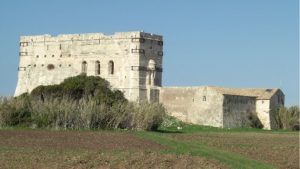 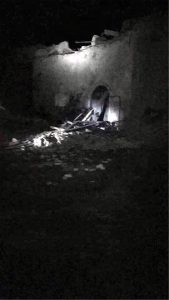 The Mayor of Zakynthos P. Kolokotsas said earlier today that schools and services will not work.

The epicenter of the earthquake was located at a depth of 10 km. Half an hour before the main earthquake of the 6.4 Richter, there was another earthquake, at the same point, of 5.1 degrees Richter. Approximately ten minutes after the main earthquake, a 5.4 Richter aftershock followed. Shortly after 3:00 there were two more aftershocks at the same point, which had an intensity of 4.8 degrees Richter and 4.9 Richter respectively. Approximately twenty minutes later there was a 4.8 Richter aftershock. 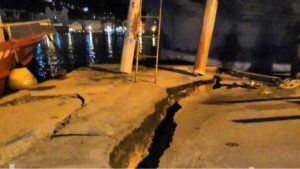 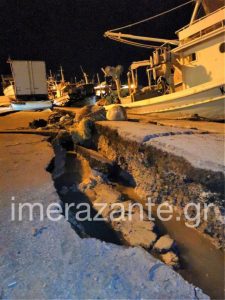 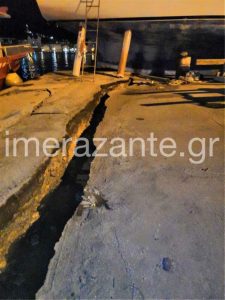 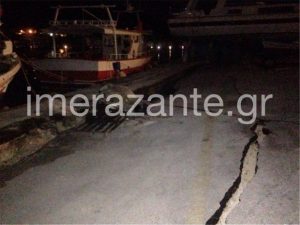