The spiritual head of the Christian Orthodox faith, Patriarch Bartholomew is very fond of the snow. It is no surprise then that he took the opportunity to go for a stroll in the covered streets of Constantinople. He walked through the streets around the Fanari under a near snow blizzard but seemed to enjoy every moment. At one point his white beard looked completely frozen, covered completely in snow, as photos snapped by photographer Nikos Magginas show. Accompanied by an entourage of lay people and clerics Bartholomew walked through the Yildiz park in the Bosporus, while he cordially greeted a muslim cleric who approached him. 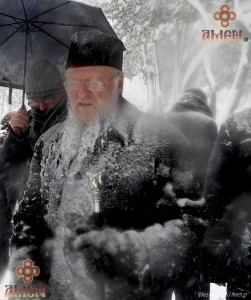 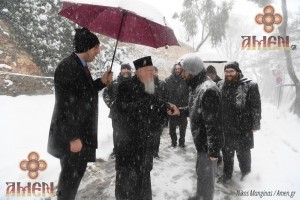 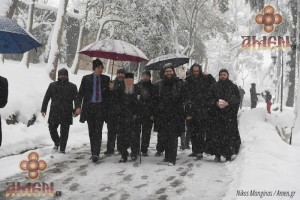 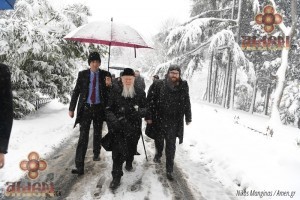 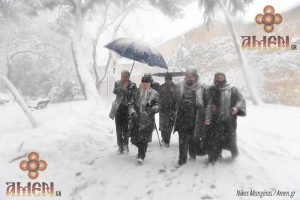 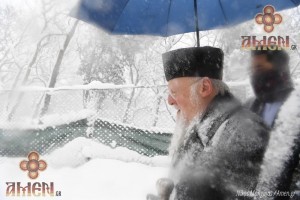