The Holy Metropolis of Sweden and All Scandinavia is pleased to announce that His All-Holiness Ecumenical Patriarch Bartholomew, spiritual leader of the world’s 300 million Orthodox Christians, will make his first ever official visit to Iceland between October 12-15, 2017, as the official guest and keynote speaker at this year’s annual Assembly of The Arctic Circle, the largest network of international dialogue and cooperation on the future of the Arctic.

As part of the framework of his visit, the Ecumenical Patriarch will preside over the Divine Liturgy that will be celebrated on the morning of Sunday, October 15, 2017 in Reykjavik. 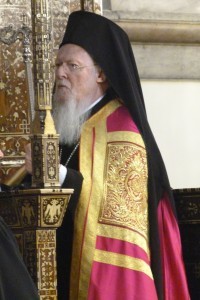 Scheduled appearances for the Ecumenical Patriarch Bartholomew’s official visit to Iceland will begin on the afternoon of Thursday, October 12, 2017, where he will be officially received at Reykjavik Airport. A luncheon hosted by the Evangelical Lutheran Diocese of Reykjavik will follow.

The following day, Friday, October 13, 2017, His All-Holiness will attend the official opening of The Arctic Circle 2017 Assembly, including the opening remarks by the organization’s Chairperson and former President of Iceland, His Excellency Mr. Olafur Ragnar Grimsson, and a greeting by the Prime Minister of Iceland His Excellency Mr. Bjarni Benediktsson.

That same day, His All-Holiness will hold a private meeting with the Prime Minister of Iceland, deliver his keynote address to the Assembly, and attend a dinner in his honor hosted by the Roman Catholic Diocese of Iceland.

On Saturday, October 14, 2017, Ecumenical Patriarch Barholomew will visit the historic cultural and educational center in Skálholt, operated by the Evangelical Lutheran Church of Iceland, where he will deliver a greeting to the conference being organized by the Sigurbjörn Einarsson Icelandic Institute of Religion and Reconciliation. Subsequently, he will visit the site where the Patriarchate of Moscow’s new church will be built and attend an official dinner that will be hosted in his honor by the Russian Embassy to Iceland. 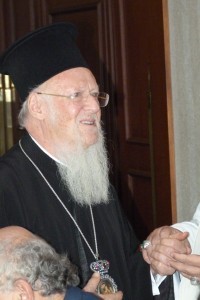 On Sunday, October 15, 2017, His All-Holiness will preside over the Divine Liturgy that will be celebrated in Reykjavik’s Hallgrímskirkja church. Afterwards, he will attend an event organized by the World Council of Churches in conjunction with the Evangelical Lutheran Church of Iceland and local religious and civic bodies. Subsequently, he will attend a luncheon hosted in his honor by the President of Iceland, His ExcellencyGuðni Th. Jóhannesson, at the Bessastadir Presidential Residence and depart for Constantinople in the afternoon.

The Holy Metropolis of Sweden expresses its gratitude and thanks to The Arctic Circle Chairperson His Excellency Mr. Olafur Ragnar Grimsson for his gracious invitation to the Ecumenical Patriarch, as well as all the ecclesiastical and civil authorities in Iceland without exception for their major contribution in helping to organizing Ecumenical Patriarch Bartholomew’s historic first visit to Iceland. 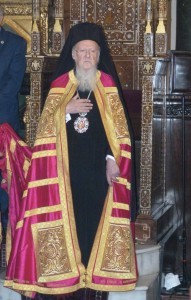 Iceland is a Nordic island nation located in the North Atlantic Ocean, situated between Greenland, Scotland, the Faroe Islands, and Norway. It has a population of almost 330,000, with Reykjavik as its capital city. Iceland is the 18th largest island in the world and Europe’s second largest after Great Britain. The nation’s official state religion is Christianity, with approximately 80 percent of its population adhering to a Christian denomination.