It is in Spain and boasts the best roast suckling pig

Where is the oldest restaurant in the world? Rome, Athens, Cairo, Jerusalem …?

Nope, none of the above. In fact, according to the Guinness Book of Records, it’s Madrid that boasts the “oldest restaurant in the world.”The almost three century old, family-owned Botín Restaurant. 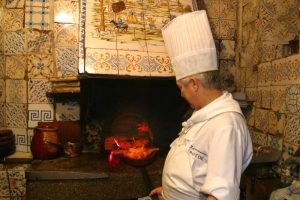 The legendary restaurant, which first opened its doors in the Spanish capital in 1725, has reportedly kept its wood-fired oven burning for an incredible 293 years, without a day’s break, which is where the “secret aromas” come in. 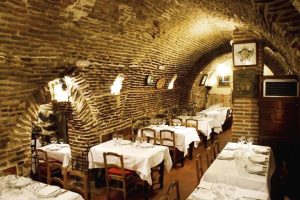 Botín is a stickler for tradition and known for its rustic Castilian cuisine, including succulent roast meats, of which the roast suckling pig and roast lamb are the most famous.

Tags With: foodGuinness Book of RecordsmadridOldestrestaurantspain
This week‘s new events