“In Europe, we have a proud history of overcoming adversity, and once again, we must rise to the challenge of protecting and strengthening Europe’s spirit of freedom, a spirit which values critical thinking as much as respect for others in line with the values of the Union. “

EU education ministers from all 28 member states adopted the Declaration on promoting citizenship and the common values of freedom, tolerance and non-discrimination through education. The meeting was held in Paris in response to the tragic terror attacks that took place in the city on January 7 and in Copenhagen on February 14. For this reason, it was attended by French President Francois Hollande.

The declaration calls for Europe’s combined efforts to prevent and tackle marginalization, intolerance, racism and radicalization and to preserve a framework of equal opportunities for all. “As ministers responsible for education, we have a special duty to ensure that the humanist and civic values we share are passed on to future generations,” said Mārīte Seile, the Latvian Minister for Education and Science on behalf of the EU’s rotating presidency with Latvia currently at the helm. 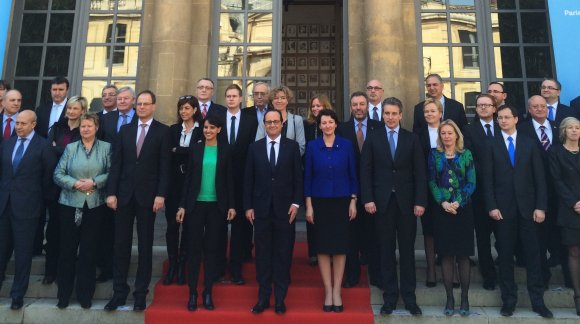