PM Mitsotakis received them at Alexandroupolis

The Greek PM briefed the three leaders about the situation on the borders of Greece, which are also the European Unions borders.

Prime Minister Kyriakos Mitsotakis toured the areas of Alexandroupolis, Feres and Evros Gardens, sending the message that “Greece will not be blackmailed” and “no one will cross the border”.

EP President David Sassoli tweeted from inside the helicopter on the way to Evros:

On the way to Greece with Commission President @vonderleyen and @eucopresident Michel. We visit the Greek-Turkish border together with @PrimeministerGR Mitsotakis to assess the situation. This is a European challenge, we need to respond with solidarity and respect for our values. pic.twitter.com/DH4uaDTtS3

The PM and the European officials later boarded a helicopter to fly over the land borders with Turkey and landed at Orestiada at 14:15, where they will visit the military outpost.

At 15:30, the Prime Minister and the heads of the three European Union institutions will make joint statements to the media at the Kastanies Cultural Centre. 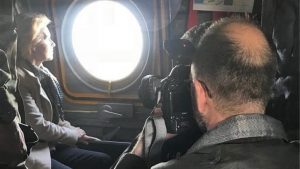 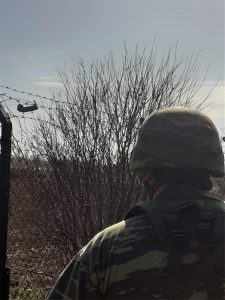 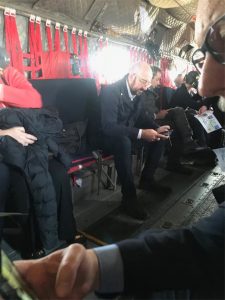 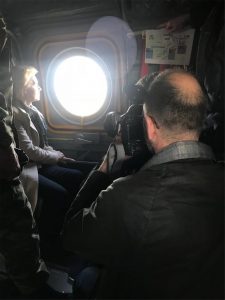