Following the suspension of AstraZeneca’s COVID-19 vaccine in numerous countries, particularly throughout Europe, the European Medicines Agency (EMA) has reiterated its recommendation to continue with the vaccine rollout after concluding its preliminary review of the situation.

The EMA found no evidence of a link between the vaccine and the overall risk of blood clots. It did, however, acknowledge the possibility of vaccination being associated with “very rare cases of blood clots associated with thrombocytopenia, i.e. low levels of blood platelets (elements in the blood that help it to clot) with or without bleeding, including rare cases of clots in the vessels draining blood from the brain (CVST).” And while there is no proof of a possible causal link yet, the EMA considers it a possibility that should be further investigated.

Taking the number of vaccinated people (around 20 million) and the number of known cases (7 cases of blood clots in multiple blood vessels and 18 cases of CVST) into account, the EMA concludes that “the benefits of the vaccine in combating the still widespread threat of COVID-19 (which itself results in clotting problems and may be fatal) continue to outweigh the risk of side effects.”

Following the EMA’s recommendation, several European countries have decided to resume administering the AstraZeneca vaccine immediately, albeit with an amended safety warning. As the following chart shows, the European Union can’t really afford another setback in its vaccine rollout as it has already fallen behind in the global race to mass inoculation. According to official numbers tracked by Our World in Data, the European Union had administered 12 vaccine doses per 100 people as of March 17. The recently divorced United Kingdom has already given 40 jabs per 100 people, while the U.S. currently stands at 34 doses per 100 inhabitants. 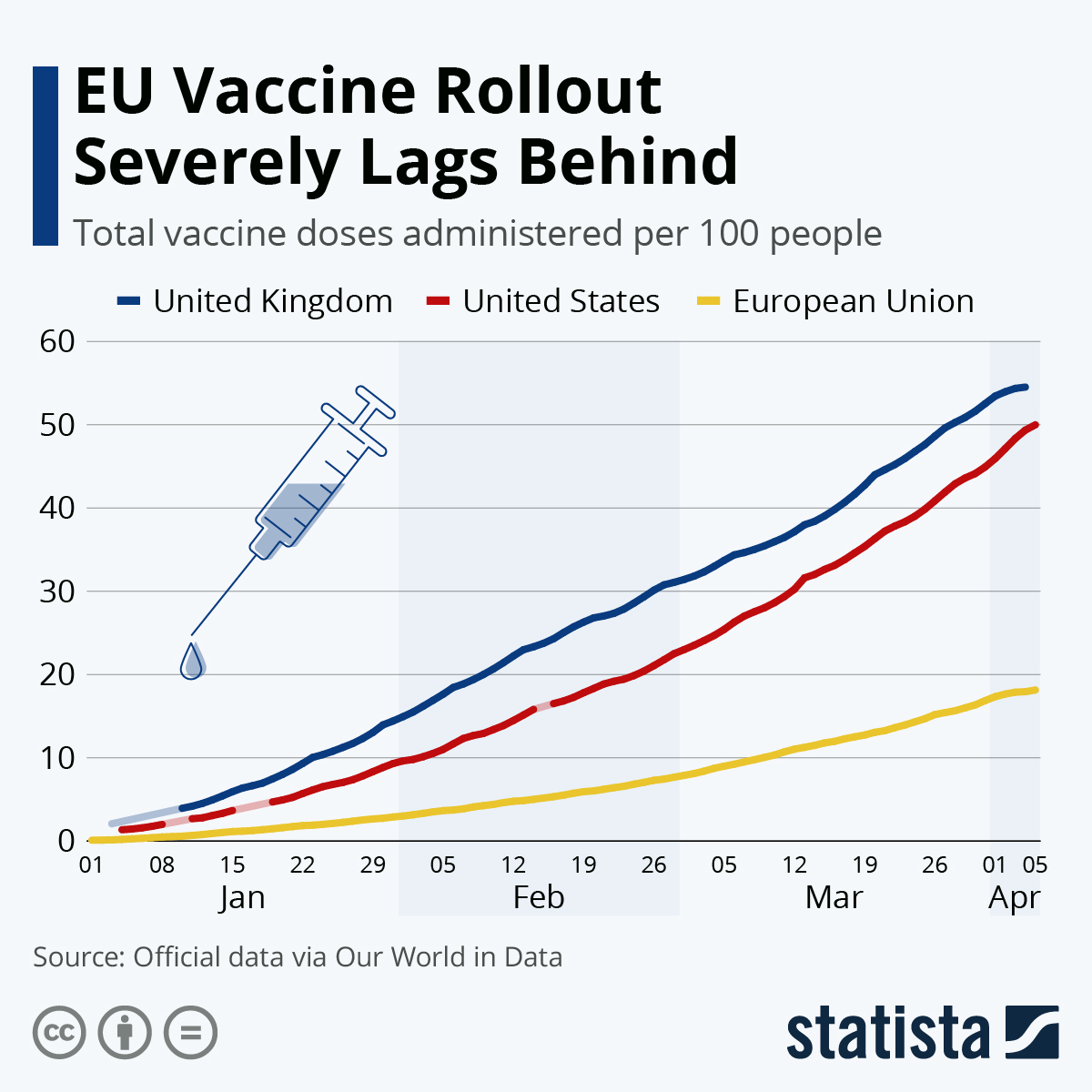