The UK has the top

The Consumer Choice Center has published its first annual European Railway Index, which ranks Europe’s most passenger-friendly train stations on criteria such as cleanliness, access to destinations and crowd levels on platforms. St. Pancras in London, a hub for Eurostar services to continental Europe, was ranked number one with a score of 116. It underwent an £800 million refurbishment which was completed in 2008 and it boasts a shopping center, a coach facility and a hotel.

Zürich Hauptbahnhof comes second on the ranking with 111, just ahead of Leipzig Hauptbahnhof in Germany. In fact, German stations account for five of the top-10 with Münich, Hamburg, Berlin and Frankfurt all present. Italy has two entries in the top-10, Rome’s Termini station and Milano Centrale, while Moscow Kazansky comes in eighth. 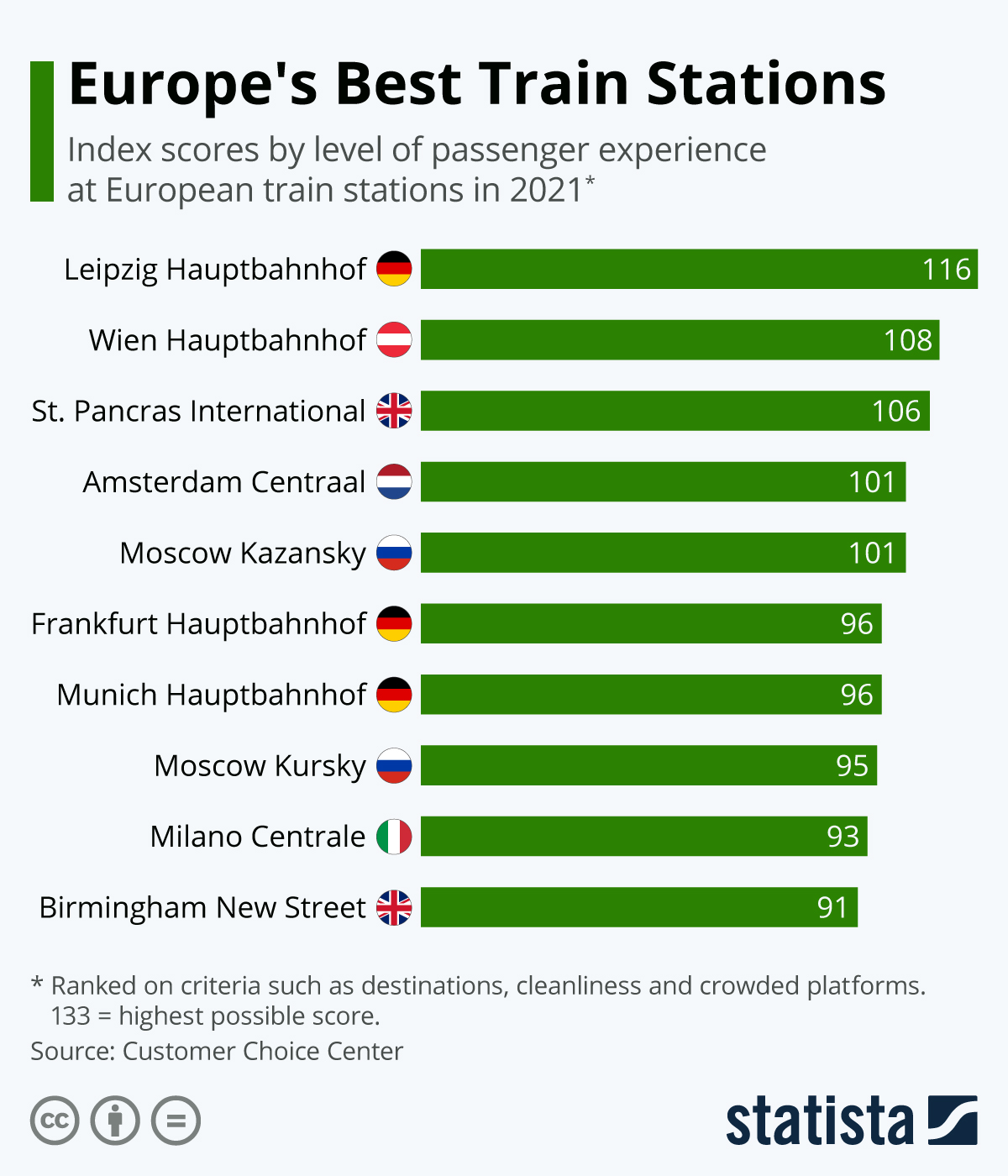