An estimated 340 million tons of food wasted due to confusion

In the push to reduce food waste there are calls for significant changes to be made to the current system of expiration dates. Most people have experienced the doubt and confusion when faced with a ‘best before’ or ‘sell by’ date and in a lot of cases the solution to this confusion is to air on the side of caution and throw it away. To be more precise, ‘a lot of cases’ equated to (or at least contributed to) an estimated 340 million tons of food wasted after purchase globally in 2015.

An overhaul of the system of these dates to bring more clarity could help reduce this kind of food waste and according to guidelines set out by the German Food Bank (Tafel Deutschland), the average expiration date for some products is far too conservative, with foods such as pasta and rice often edible for a year after the date on the package. Even products such as eggs, with which a lot of care is usually exercised, consumers could expect them to be consumable for an extra 21 days. 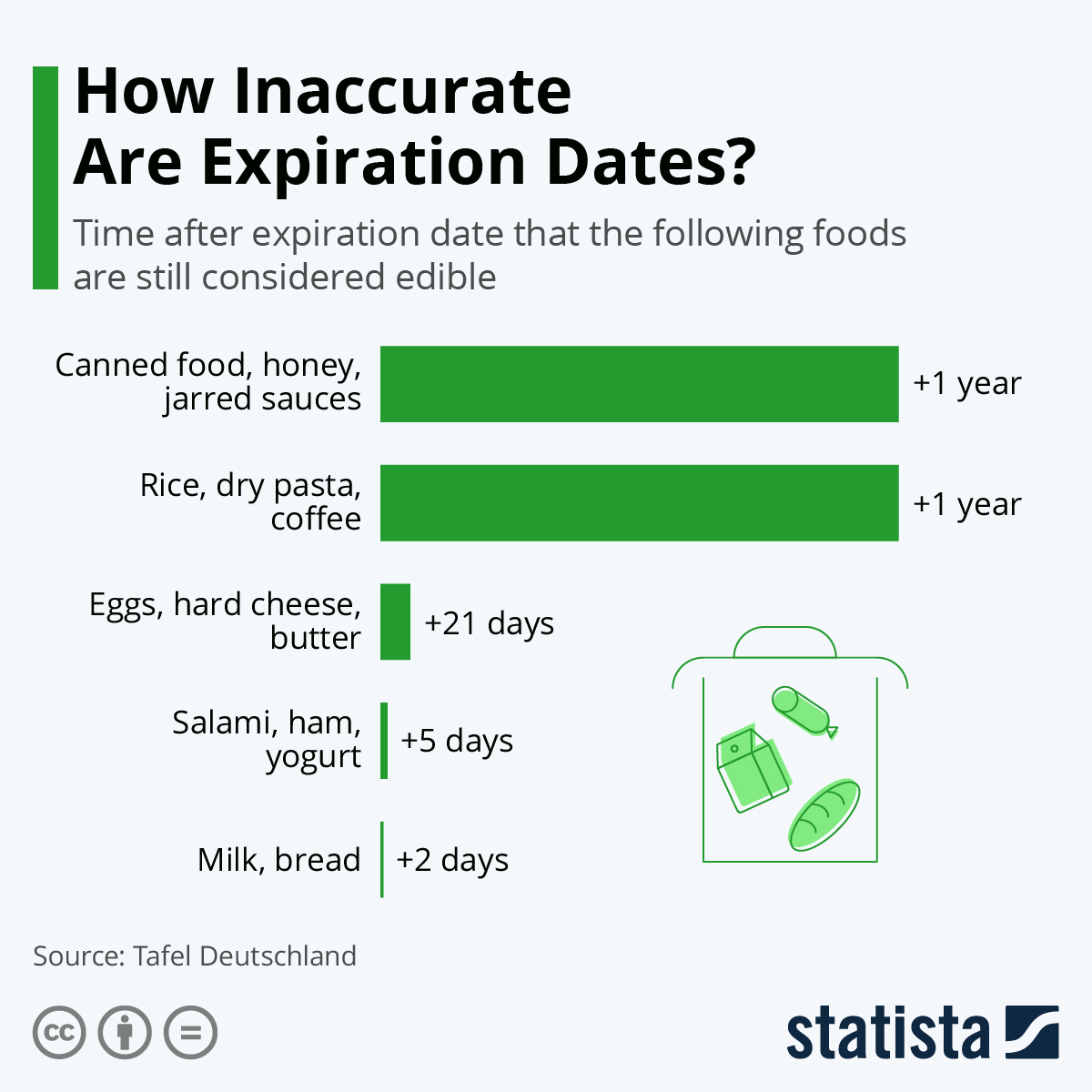 Where Europeans Get To Work From Home (infographic)

State of freedom: Where does Greece rank among 210 countries? (infographic)