A father has said he found his teenage son having sex in the back of a car with a teacher from his Texas school.
Police in Bay City, 80 miles south-west of Houston, have charged the teacher, Rachel Gonzales, 44, with online solicitation and having an improper relationship with the 13-year-old boy.
During the investigation, police inspected the boy’s mobile phone and found texts from Ms Gonazalez indicating the pair had an inappropriate relationship prior to the alleged incident on 14 December, police said. 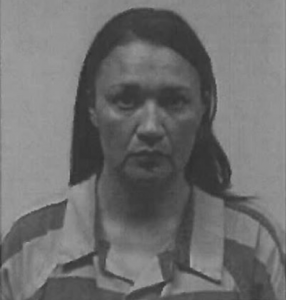 At the request of the District Attorney, the Bay City Independent School District, where Ms Gonzalez is a teacher, have turned over the case to the local police.
She was taken to the Matagorda County jail on 22 December but is now out on bond.
Ms Gonzalez officially resigned from her post as a fourth-grade teacher at Cherry Elementary School on 15 December, according to the school district. It is not known whether she has yet had the opportunity to enter a plea.
A local newspaper, the Bay City Tribune, said a September report from the Texas Education Agency found the number of cases against educators accused of inappropriate relationships with minor students increased 36 per cent this past year.
A whopping 302 investigations were opened into such matters this year alone.
The state has experienced an increase in the reporting of such incidents for the ninth consecutive year.
As of September 2017, there is a law in the state requiring school principals or district superintendents report such relationships in a timely manner or face charges of a second-degree felony.