A 4.5 magnitude powerful aftershock rocked the city of Ioannina, 23 minutes after midnight on Wednesday, after last Saturday’s 5.5 earthquake spread panic among the residents in the wider area. The tremor hit at a depth of 10km northwest of the city and was felt along the coast of western and the wider Epirus region, as well as on the Ionian islands of Lefkas and Kerkyra. Seismologists have reassured people that the sequence of aftershocks is a natural phenomenon after Saturday’s major earthquake. Meanwhile, a portion at the 12km of the Ioannina-Arta national highway caved in Wednesday night. Eyewitnesses say rumbles from below the ground can be heard, with experts fearing more earth collapses could occur. The collapsed area, which has been blocked off from traffic, is in close proximity to an electricity power pole resulting in power outages. 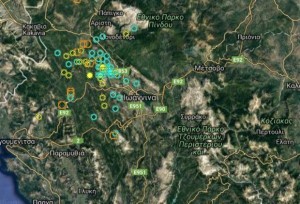 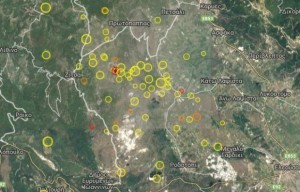