Kalashnikov in hand, the man looks into the camera. He stands over a terrified girl, who is pleading for her life.

“Make sure we can see both your faces,” a voice orders.

Behind the shaky camera, another one goads the gunman: “Go ahead, Bashar – cleanse your honour.”

Without another word, a flurry of bullets is fired into Rasha Bseis’s body. It takes nine agonizing seconds for her to die.

Rasha had been murdered on camera by her brother, Bashar Bseis, condemned by rumours that she had committed adultery, for which the punishment – in her brother’s eyes – was death.

Even in a war as long and bloody as Syria’s, the execution, shared thousands of times on social media, shocked the Syrian community. The events unfolded after a scorned suitor had posted images of Rasha online. She was dragged from her home in a camp just 2km from Turkey’s border and shot by a soldier it trained and equipped – a fighter enlisted in the Turkish-backed Free Syrian Army.

“What [Bseis] did was not an ethic of the Free Syrian Army and is contrary to the principles of our revolution,” Mustafa Sejari, a spokesman for the FSA, told the Guardian, adding that an investigation was underway and that a military court in Jarabulus had issued a warrant for Bseis.

Weeks later, however, an arrest has yet to be made, and there are fears that, as an FSA fighter, Bseis will never be held to account.

“These are people who see no shame in killing the girl, but actually believe it’s what washes away the shame she has brought on the whole family,” says exiled Syrian writer Loubna Mrie. “An innocent girl is dead because some guy posted her pictures on Facebook.” 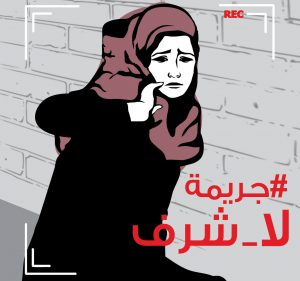 While not unique to the Middle East, “honour” killings are a problem deeply rooted in Syrian society, “and not exclusive to one area or sect or faction”, says Mrie.

Even before the war began in 2011, women’s rights groups in Syria estimated that 300 women were killed each year by male relatives, and numbers have escalated during the crisis. Until 2009, killers were allowed to walk free if they justified the act as motivated by honour. The government repealed the law, replacing it with a mere two-year maximum sentence.

“I remember I was nine years old the first time I saw a video of a guy smashing his sister’s skull with a stone while the whole village watched and cheered,” says Mrie.

Such killings are meant to seal the matter, never to be spoken of again – perpetuating a culture of silence that functions to protect the killer.

Women on all sides of Syria’s war are targeted. When violence broke out in 2011, a campaign of mass rape by Assad’s soldiers was perniciously effective in both oppressing communities and provoking defections to the loosely formed Free Syrian Army.