A children’s camp has been evacuated

The Fire Brigade requested the precautionary evacuation of four settlements in the municipality of Lavreotiki, where earlier a large fire broke out that is raging still out of control.

In particular, the settlements of Agrileza, Agios Gerasimos, Kamariza and Sounio have been evacuated.

The fire broke out in the area of ​​Punta Zeza. The Fire Brigade is constantly reinforced, while the Undersecretary of Civil Protection is on the scene.

Shortly before two in the afternoon, it was decided to evacuate a children’s camp located in the area of ​​Punta Zeza.

In particular, with the care of the camp managers, the children were taken to the seaside, where they remain.

There is no danger for the camp for the time being. 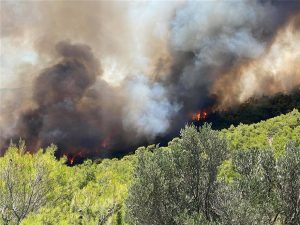 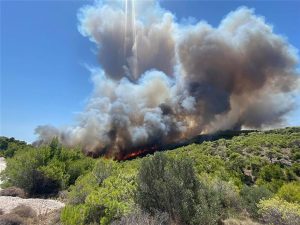 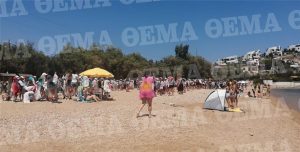 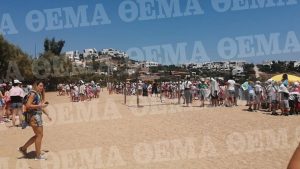