The situation is critical

UPDATE 2: The fire has reached Varybombi as well as Adames and houses are already burning.

T has ordered the evacuation of the area with a message to 112 and the residents are already leaving the area.

Following warnings from the Hellenic Fire Brigade, by order of the Regional Governor, Mr. George Patoulis and the General Secretariat for Civil Protection all the houses in the area were evacuated as a precaution after an order through the emergency number 112.

Also horses appeared in the square of Varybombi, which were released by the Equestrian Clubs operating in the area, as the fire was approaching dangerously. 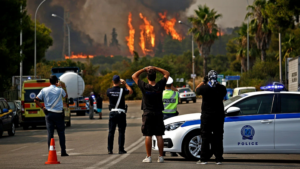 UPDATE: The Hellenic Fire Brigade is giving a fighting against time, after the fire that has been raging since noon in Varybombi is currently out of control.

The goal is to prevent the further spread of the fire and to be set under control within the day while the aerial assets can still operate.

Water is constantly being dropped from five aircraft and five helicopters.

Shortly before 5 in the afternoon, the fire passed through Varybombi square, with the residents leaving the area.

Earlier, an order was given to evacuate the settlement of Adames. 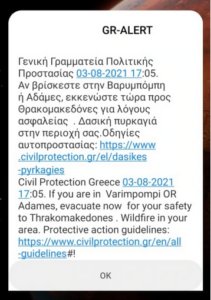 A fire in a forest area started at noon on Tuesday in Ano Varybombi, in the municipality of Acharnes, Attica in an area east of the Royal Estates.

The Hellenic Fire Department and 60 firefighters have been mobilized and are operating with 20 vehicles, four helicopters and four aircraft, including the Russian Beriev-200.

According to the first information, there is no immediate threat to a residential area thus far. 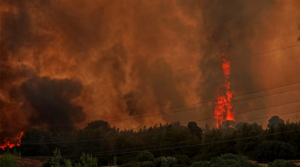 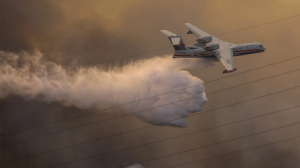 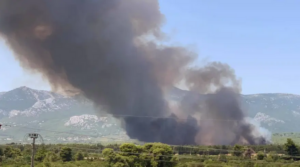 Greece to Turkey: The Muslim minority in Greece & the Greek minority in Turkey used to be equal in numbers