The Euboea front is of most concern

A wildfire that broke out early Tuesday in a forest on the island of Evia is in full progress. The blaze is burning a wildlife refuge that is included in the Natura programme.

A few while ago, the fire brigade said to the residents of the villages Stavros and Kondodespoti to be ready to abandon their villages for precautionary reasons as the strong winds blowing in the area are pushing the blaze towards the direction of the villages.

“The residents of the villages Stavros and Kondodespoti are ready to evacuate the villages when we give the order” stated to Athens-Macedonian News Agency the vice governor of Evia Fanis Spanos. He also said that “the conditions for the time being do not allow us to be optimistic. There are very strong winds blowing in the area and is burning a pine forest and despite the huge effort of the firefighting forces the fire is uncontrollable. We have lot of work ahead of us” he said.
Meanwhile, the mayor of Dirfion-Messapion Giorgos Psarras said “that the fire broke out a few while after 3 in the morning at an easily accessible site to anyone”.

Firefighters across Greece have been fighting on four fronts since Tuesday morning while several regions of the country have been added to the list of designated as high risk for fires.
The fire fronts in progress currently are:

– in the area of ​​Agrilitsa of the municipality of Dyrfion-Messapia in Euboea,

– in Prodromos district of Thebes municipality in Boeotia

– At Plati in Koboti, Arta.

The main concern is in Euboea, in the Agrilitsa area, where forces have been deployed as 80 firefighters are operating with 39 vehicles, 7 hiking groups with 41 firefighters, 12 firefighters from the Special Operations Fire Brigade and two helicopters. 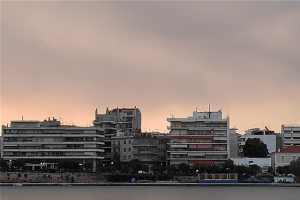 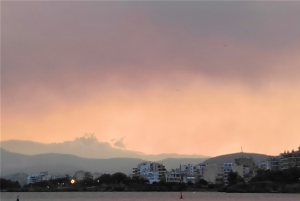 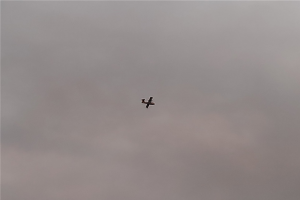 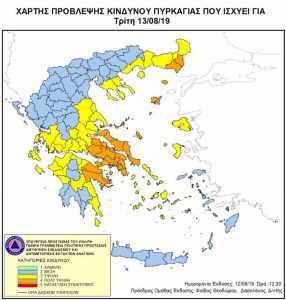 Map of high risk areas for fires to break out 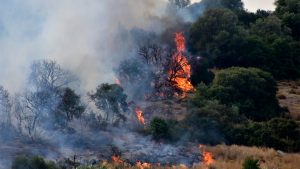 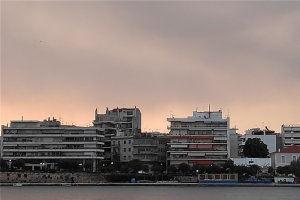