The customers of a local fishmonger in the city of Agrinio in central Greece could not believe their eyes when they saw a huge shark hanging on a hook outside the shop. Fishermen from Agrinio made the amazing catch some days ago in the Ionian Sea near the island of Kefalonia. The shark, which weighed 300kg was caught in the nets of the fishermen at depth of 500 metres. 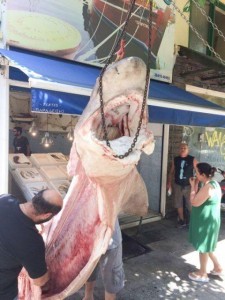 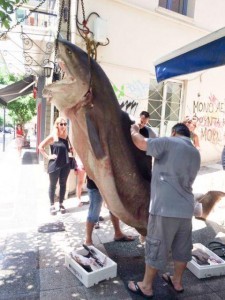 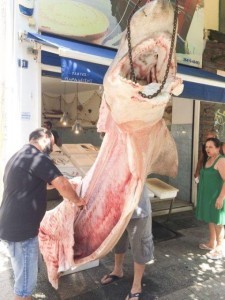