Snow and low temperatures in many parts of the country

The freezing weather front has descended on most parts of Greece, Wednesday, with slight snow and sleet staring to fall in most areas of the country. According to the Meteorological Services (EMY), Thursday will be the day with the lowest temperatures and frost. The forecast for Tuesday will initially see light snow in most mountainous regions of Greece, while storms are expected to hit the north Aegean area and the coastal regions of eastern and western mainland Greece and Peloponnese. The snow is expected to progressively also cover the lowlands of Macedonia, Thrace, Thessaly, the islands of the north Aegean, Crete, Euboea, the Sporades island complex, the Peloponnese and the eastern Aegean. Central and western Macedonia are already covered in snow, while parts of the Parnitha area in Attica are also covered in snow. In the northern regions of Greece in Florina and Kozani slight snow fall is reported, as well as the mountainous regions of Thessaloniki. Temperatures are -3 degrees Celsius in the north, with snow fall causing problems on the western Macedonian road network. The local authorities decided schools will be remain for Tuesday, while traffic police advise drivers to fit their vehicles with anti-snow chains. Frost and topical low visibility will be present in most parts of the mountainous regions of the country and drivers. Northern winds will temporarily reach 9-10 Beaufort, causing disruptions to passenger and commercial ship routes. The Greek coast guard released a report according to which ships will not be disembarking from the ports of Rafina and Lavrion, while the Rio-Antirio and Ag. Marina-Nea Styra ship lines are closed. The scheduled ship routes from the port of Piraeus will be not affected. 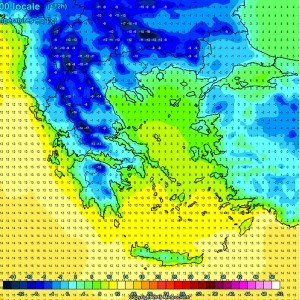 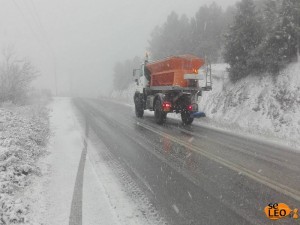 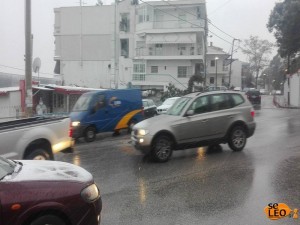 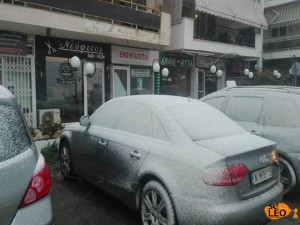 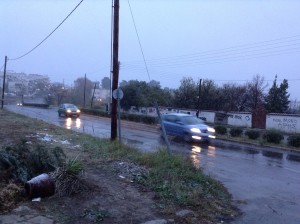 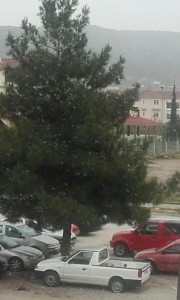